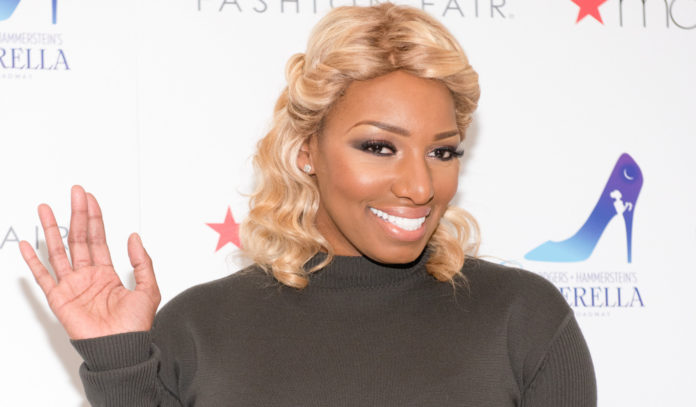 Nene Leakes is not backing down from her claims that Kim Zolciak-Biermann and her family are racists.

The Real Housewives of Atlanta star reiterated her opinion that the Biermanns are racist when she commented on an Instagram post that highlighted Kim’s 20-year-old daughter, Brielle, swooning over 50 Cent‘s son, Marquise Jackson.

Nene responded with some since-deleted shade. “They don’t like black people so no worries here,” she posted.

It seems Nene Leakes has not been deterred by Kim Zolciak-Biermann’s repeated threats of legal action after Nene called her and her family racists following #Roachgate.

“We’ve had to hire security. I’ve had people come to the gate at my house,” she told Shereé Whitfield on a recent RHOA episode. “She wants to pull the race card. That’s the devil, bitch…She spent so many years trying to sabotage my name and I just let it roll. Now you’re f—— with my kids? ‘The whole family is racist, prejudice?”

Zolciak-Biermann says she sent Leakes a ceast-and-desist letter from her attorneys after she publicly called her a racist, and the legal move cost her $20,000.

“I don’t take this lightly. It’s one thing like I said to kind of banter back and forth and have an opinion,” Zolciak-Biermann told E!’s Daily Pop in October. “This is far beyond just having an opinion.”

She also opened up to Larry King about the allegations later that month.

“It’s inappropriate. In this day and age, people are dying over racism…I’m on a show with all African-American women and I’m the only one that’s ever been on the show that’s Caucasian, so it’s the card that sometimes they play and it’s gross. And I won’t allow it.”

So far, the other cast members of RHOA are divided on the issue.

Despite her disdain for her co-star’s actions, Kenya Moore does not agree with NeNe’s assertion that the mischief was racially motivated.

“I don’t think they’re racists for that,” she told TheGrio, exclusively. “They’re just disgusting for that.“