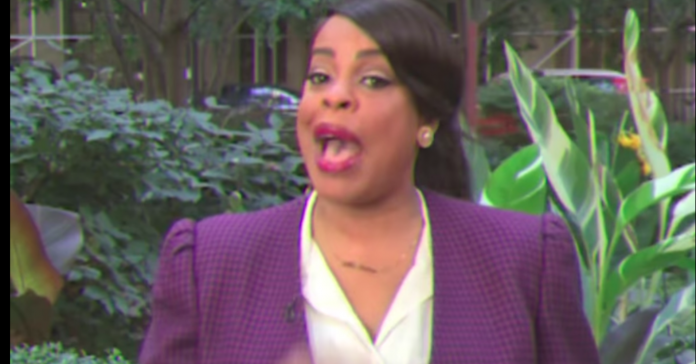 In a masterful piece of satire, a video released on Monday promotes an “emergency hotline” for white women who are thinking about calling 911 on Black people doing routine activities—like sitting in a coffee shop or barbecuing in a park or trying to enter your own apartment building.

Actress Niecy Nash appeared in the video hosted by the New York Times and plays the inventor of the new hotline, 1-844-WYT-FEAR (a real number).

“You’re scared. You’re white. But with cell phone, cameras, and social media, calling 911 on your Black or brown neighbors just isn’t what it used to be,” Nash, playing narrator, says to potential white customers.

Nash then appears in a park and makes her sales pitch about a “new and radical product” that serves as an alternative to calling 911. Calling WYT-FEAR could save white folks from embarrassing themselves by getting filmed and “outed as a racist douche.”

All jokes aside, there’s a serious problem of white people calling the cops on African-Americans for no good reason. We’ve given these women cute nicknames, but their irrational fear of Black people could end in tragedy for innocent Black folks.

The Times listed 39 incidents that captured national attention since May 2018. They include a 12-year-old Black boy mowing a lawn in Cleveland, a uniformed Black firefighter doing his job in Oakland and a former Barack Obama aide moving into his new apartment in New York.

These injustices are far more widespread than the well-known instances. The newspaper urged people to share their stories via [email protected] to tell the bigger story.