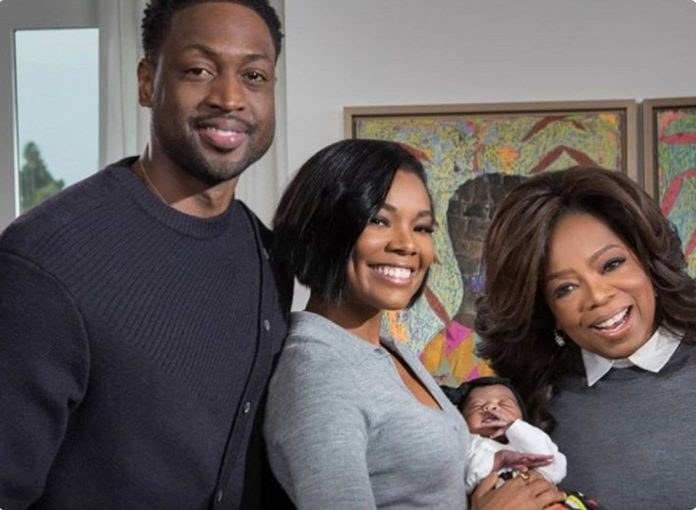 Gabrielle Union and Dwyane Wade’s baby girl Kaavia James got her first visit with auntie Oprah Winfrey—that’s got to be the Black equivalent of meeting the Queen, right?

Of course, the media mogul secured the first interview with Union and Wade and the bouncing baby girl, which will be aired on Saturday, Dec. 8, at 8 p.m. EST on OWN, .

“We wanna thank @oprah for coming into our home to discuss our new bundle of joy!” the NBA player, 36, captioned a photo of the four.

“My baby @kaaviajames wore @ackeetreeclothing for her first meeting with Ms.Oprah!”

Union glowed holding her “miracle baby” and wrote on Instagram about the meetup.

“From the Bottle to the Bassinet … No New Friends. Crew. Tight. 🤗👶🏾,” the actress wrote. “So excited to share what we have been working on with @oprah & @kaaviajames“

Gabrielle Union and Dwyane Wade broke the internet last week with the surprise announcement that they were the proud parents of a beautiful baby girl.

And now fans know why the power couple gave their new bundle of joy her special name.

Union took to Instagram over the weekend to explain the reasoning behind naming her baby girl, Kaavia James Union Wade. And while we figured out that the names “Union” and “Wade” were clearly an homage to the happy parents, we were left wondering if “James” was perhaps a shout out to Wade’s bestie LeBron James, but it’s not.

Union just wanted to give a nod to her grandfather and uncle, PEOPLE reports.

“We wanted to include my family in her name so that ‘James’ is from my uncle James Francis Glass who is also my grandfather,” she wrote, adding that “Union is her middle name.”