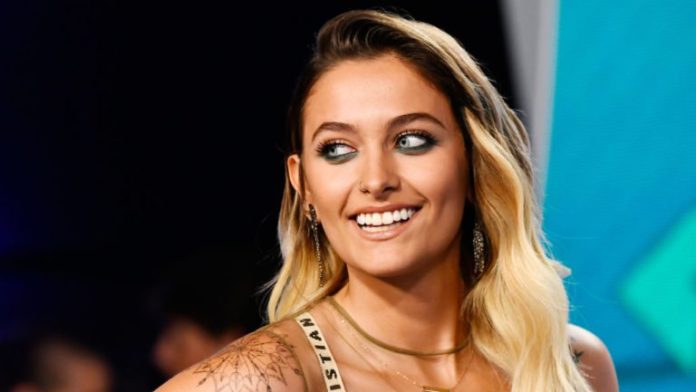 Paris Jackson wants you to know that she’s comfortable in the skin she’s in. Jackson is speaking out and taking a stand against people who are photoshopping her skin color — making her lighter in some pics and darker in others, according to People.

The daughter of Michael Jackson is singing the same tune her daddy sang in his 1987 hit ‘Leave Me Alone,’ and tweeted out a message to her fans pledging for them to leave her photos unretouched.

Last year, Jackson told Rolling Stone that she considers herself Black, even though many people consider her to be white.

“Most people that don’t know me call me white,” she told the magazine. “I’ve got light skin and, especially since I’ve had my hair blonde, I look like I was born in Finland or something.”

On Her Skin Color

In the rare and candid interview, the 18-year-old covers a wide range of topics, from her battle with depression and drug addiction, her sexual assault at age 14, being entered into a residential therapy program after multiple suicide attempts, and her famous father’s 2009 death.

Despite the rough time she’s had living in the public eye, Jackson is adamant about whose child she is and her racial background.

Now sober and happier than she’s ever been, Jackson she says her new career in front of the camera has been therapeutic.

Jackson will be starring in her first major film Gringo, due out March 9