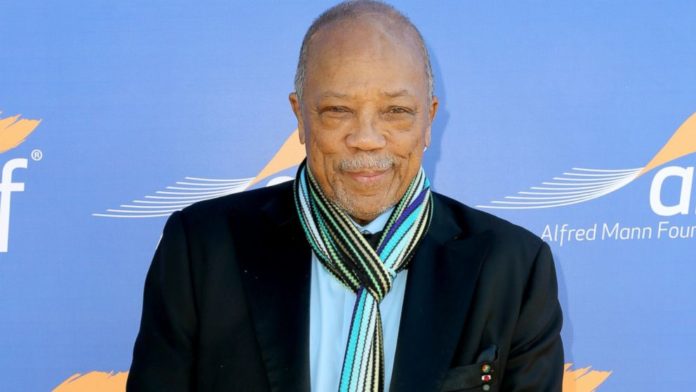 Quincy Jones is known to spill some good tea from time to time so it seems fitting that the music mogul has teamed up with former Academy chief Cheryl Boone Isaacs to produce a documentary about the African Americans experience as seen through the eyes of Hollywood.

The prolific music producer announced the upcoming project at the Ischia Film and Music Festival where he also received a lifetime achievement award, according to The Hollywood Reporter.

“We’re in the process of starting to do a documentary now called American Film: The Black Experience. [Boone Isaacs] invited me to be co-producer with her,” Jones said at the festival. “I’m very excited about that,” he added.

She said she wanted “to get the story out of the contributions that have been made by so many, not just the celebrities, which even that backstory has not been told enough; and the relationship among folks and growing and working together in order to improve.”

“I think what is important is the backstory of us in the entertainment business, whether it’s film, music or television,” Boone Isaacs said.

And it wasn’t too long that Jones started dropping some jewels about his heyday. In a brief Q&A with a reporter, he dished about the days of ole with the Rat Pack reigned and showed off a pinky rings given to him by Frank Sinatra.

“Between Ray Charles and Frank, I must have drunk enough alcohol for 40,000 guys,” Jones joked.

“This guy would drink seven double Jack Daniels an hour and smoke four packs of cigarettes a day,” he said of Sinatra.

There Quincy Jones goes telling the behind-the-scenes gems from the biz once again so we already know this documentary is going to be extra good to the last drop!