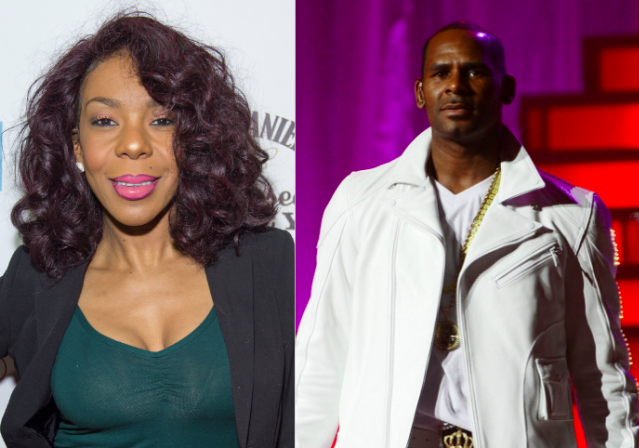 R. Kelly has been accused of sexually assaulting girls and women for years, which he has always denied. However, what many people forget is that he was a married man during much of that time. He was married to former backup dancer Andrea Kelly from 1996 to 2009. They also have three children together.

Now, for the first time, Andrea Kelly has claimed hat her ex-husband was abusive to her.

She wasn’t “the teeth missing, broken bone girl” and didn’t realize R. Kelly was abusive until after taking a questionnaire, she said on TV One’s Sister Circle on Wednesday.

“God, I need an answer today, not tomorrow, not in an hour, I need it now and the first thing God told me, He said, ‘Grab your laptop,’… and once I grabbed the laptop, He said, ‘Put in domestic violence’ … I kept scrolling and at the end of the domestic violence awareness website, there was a questionnaire,” she said. “There were 17 questions and they ask you, ‘Has your abuser ever done…?’ Of the 17, Robert had done 15 to me.”

It has been eight years since their divorce but Andrea said she was speaking up now because, “You have to love somebody enough to tell them, ‘enough,’ and I don’t believe that my ex-husband has enough people in his life to be real with him, to be honest with him — who care about his healing, who care about the healing of these families and I feel like it’s God’s time. I was not strong enough. How can I be a voice for the voiceless when I don’t even have my own?… So, I had to wait until God said, ‘Okay, daughter. It’s time.”

Watch the two clips below:

The 51-year-old singer has denied all allegations of sexual misconduct, despite moire than 24 years of allegations. And we’re sure he will deny this as well.