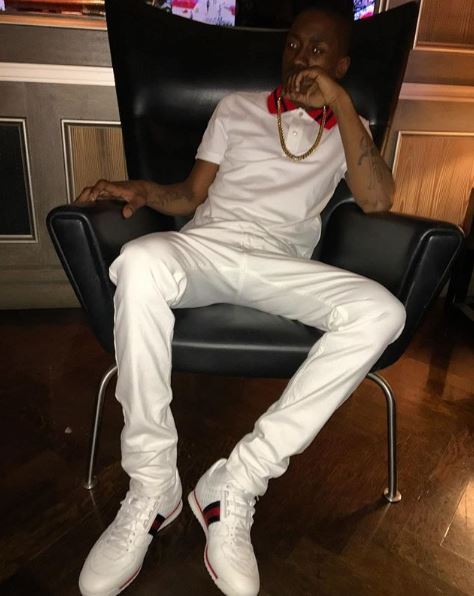 Rapper 2 Milly filed a lawsuit Wednesday against the makers of “Fortnite,” saying they are illegally using a dance he created in their wildly popular video game.

The Brooklyn-based rapper, whose real name is Terrence Ferguson, alleges that North Carolina-based “Fortnite”-maker Epic Games misappropriated his moves without compensation or credit in the lawsuit filed in federal court in Los Angeles.

The lawsuit states that the dance known on “Fortnite” as “Swipe It,” one of many that players can buy for their characters, is taken from the “Milly Rock,” a dance he came up with in 2011 that caught on as a craze in the summer of 2015 after the release of a song and video of the same name.

Ferguson says that the game both steals his creation and as a result appropriates his likeness. He’s asking for a judge’s order that the game stop using the dance, and for damages to be determined later.

“They never even asked my permission,” 2 Milly said in a statement.

The fight-to-the-finish game “Fortnite” quickly became one of the most popular in history after its 2017 release.

Players can use real-world money to buy in-game currency that gets their characters outfits, gear or “emotes,” brief dances that have become a cultural phenomenon performed on playgrounds, in social media posts and in the scoring celebrations of professional athletes.

2 Milly is not the first prominent person to complain about Fortnight’s use of the moves.

Chance the Rapper criticized the game for not including the songs behind some of its dances, giving artists a chance to share in its wealth.