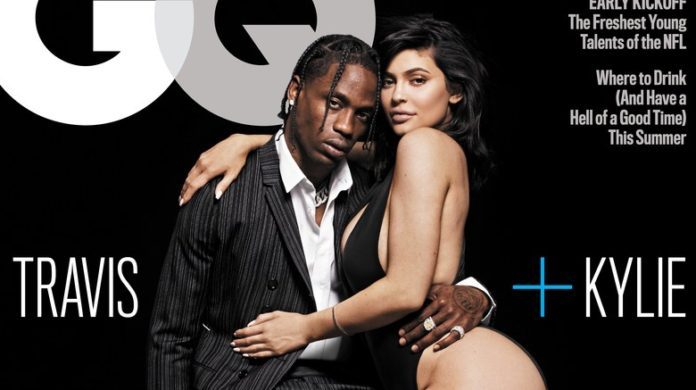 Rapper Travis Scott was the subject of a cheating hoax that could have possibly derailed his relationship with his baby momma, Kylie Jenner if the pranksters had not admitted that they actually staged the whole thing.

It was surely a close call for the ASTROWORLD rapper after TMZ posted a photo with a Scott doppelganger cozied up to a bikini-clad woman with lots of junk in her trunk. At first glance, it looks just like the rapper, but he also had his head down and there was really nothing to go by but his strands of braids.

The internet, of course, had already certified the photo as official and had pushed the narrative that Scott was caught cheating on Jenner, who he shares a child Stormi with.

Scott quickly stepped in to clear up the fake photo saying that trolls were orchestrating it and he was right.

Finally, YouTuber ChristianAdamG posted revealed that he was in fact behind the fake photo, just to prove a point that you can’t trust everything you see on the internet.

“The goal of this video is not to hurt anybody’s relationship, but it is to was to see how gullible is the internet,” Christian explains.

“The question is: Do the internet even care about the truth sometimes? […] I wanted to prove the point that most stories you see on the internet is almost never true. People say this, people say that. But to be honest, the lie is almost most entertaining.”

Still, the damage was done and even Jenner’s sister Kim Kardashian took to Twitter to blast Christian for his role in being a troll.

“I hate that I am bringing attention to this but this is absolutely disgusting that you would find this funny to mess with Travis & Kylie who just started a family together. This is really damaging to relationships, families and is just so wrong!” she fired off on Twitter.

Christian orchestrated the whole thing by dressing up like Scott, getting his hair done like the rapper and posing on a balcony while allowing his team to take pics like they were paparazzi.

Then he gloated about his accomplishment.

“This is everywhere on Twitter, bro. I feel so bad sometimes. Damn, am I really messing up this n***a’s relationship?” he said in the video.

“Now you all see how the world will believe something just because they want to believe it […] They don’t really care about the truth or doing the research, or anything like that. Travis Scott, if you’re watching this, forgive me, bro.”