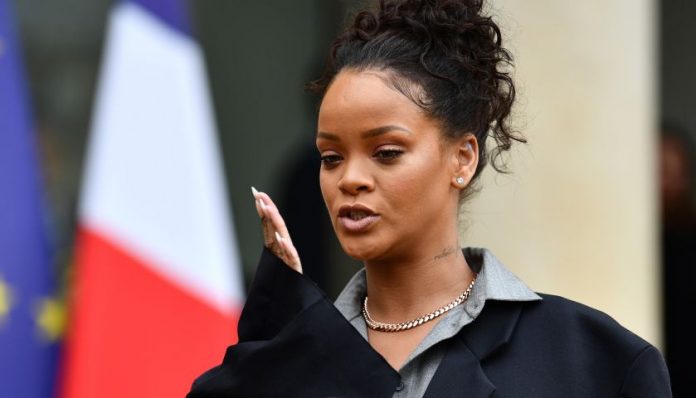 As we all know, the NFL has been a hubbub of racism and hypocrisy in the way they handled Colin Kaepernick exercising his Constitutional rights by kneeling. Celebrities have shown their support in various ways, but a new report says Rihanna is still standing by Colin.

Us Weekly claims the pop star was offered to headline the Super Bowl LIII Halftime Show, writing, “The NFL and CBS really wanted Rihanna to be next year’s performer in Atlanta. They offered it to her, but she said no because of the kneeling controversy. She doesn’t agree with the NFL’s stance.”

Maroon 5 will headline the show instead and they are reportedly in talks for Cardi B to be a special guest.

Kudos to Rihanna for finding a way to support Kaepernick. Unfortunately, looks like Cardi is not going to follow suit.

The former San Francisco 49er player is still fighting back against the NFL. In August, according to TMZ, an arbitrator threw out the NFL’s motion to dismiss Colin Kaepernick’s collusion lawsuit, which means there will be a trial and NFL owners will have to testify under oath. Also, as we reported back in June, Kaepernick filed subpoenas for Donald Trump, Vice President Mike Pence and other officials to talk about their “political involvement” with the NFL.

Nonetheless, with or without the NFL, Kaepernick keeps winning. He headlined Nike’s 30th anniversary of the “Just Do It” Campaign and is working on a series with Ava DuVernay.