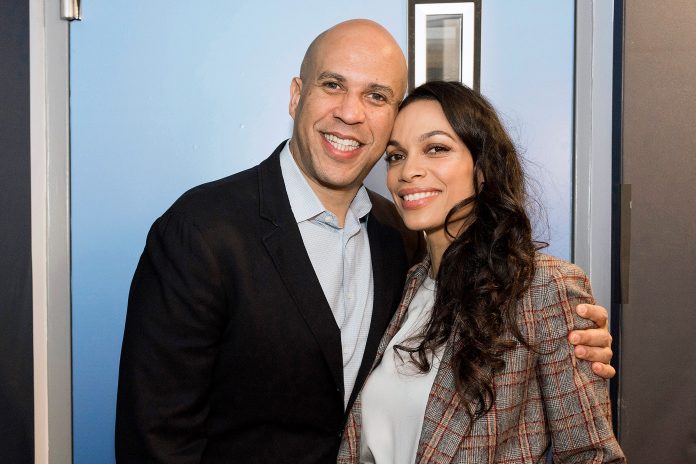 Rosario Dawson has come out in a candid interview in which she discussed her relationship with Cory Booker.

In 2018, Dawson shared a post on Instagram in celebration of Pride month, which many at the time took to mean she was coming out herself. During a conversation with Bustle, however, she clarified that it wasn’t her intention to do so in the post — though she is now officially coming out.

Though Dawson has not shared how she identifies, she added, “I’ve never had a relationship in that space, so it’s never felt like an authentic calling to me.”

In 2018, she shared a post writing, “happy pride month! sending love to my fellow lgbtq+ homies. keep being strong in the face of adversity. loud & proud. here’s a lil throwbyke to last year.”

Dawson and Booker went public with their relationship in late 2018 after months of speculation, and the actress has spoken out about dating him in interviews.

In an interview with Women’s Health, she opened up about the sweet morning ritual they share, telling the magazine, “Every morning that we don’t wake up together, he sends me a song, which means every morning he holds our relationship in his mind and heart for a few minutes before he goes off into his big day.”