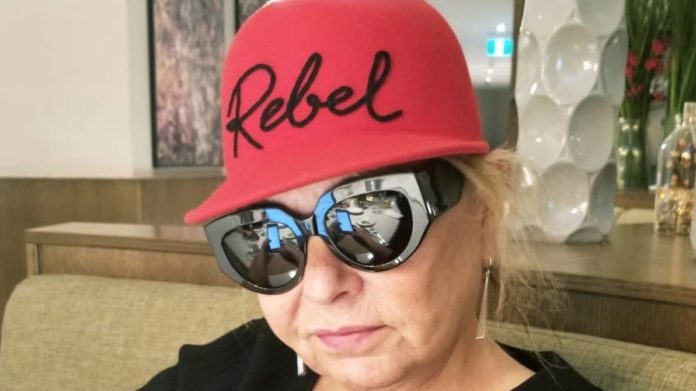 As if Roseanne Barr hasn’t already gotten herself in enough trouble with her racist rants and wackadoo conspiracy theories, her latest social media antics are as baffling as they are ridiculous.

The fired star of Roseanne whose show was cancelled by ABC as a response to her racist rant gain Obama aide, Valerie Jarrett seems to be blaming everyone but herself for her new place in the unemployment line.

After she posted and deleted a few more apologies and vowed to stay off of social media, Barr resurfaced with a litany of moronic retweets and responses for her supporters.

The actress replied to a baseless tweet from the user @therealcornett, which claimed that ABC’s president, Channing Dungey consulted with “an enraged” Michelle Obama before pulling the plug on the dumpster fire of a sitcom. “Is this true?,” she posted.

Then, she retweeted a video clip of a FOX interview with 2012 presidential candidate, Herman Cain. “I believe they were looking for a reason to cancel Roseanne and here’s why,” he said in the video. “Even though the show was a ratings success, forces within ABC didn’t like the fact that her conservative defense of certain things was so popular.”

Ummm… perhaps Roseanne Barr should spend her time figuring out how to contain her hatred and keep her mouth shut instead of looking for ways to blame her bad behavior and the public’s response to it on one of the most well-respected women in the world? Just a suggestion.

Unlike our actual POTUS, we’re pretty sure our forever First Lady has a bajillion zillion gazillion better things to do than worry about this train wreck of a woman.

While Barr continues to grasp at straws and blame everyone but herself for her current situation, we’re betting mental illness defense is on the way. Too bad that won’t hold up in the court of public opinion any better than her Ambien defense did.