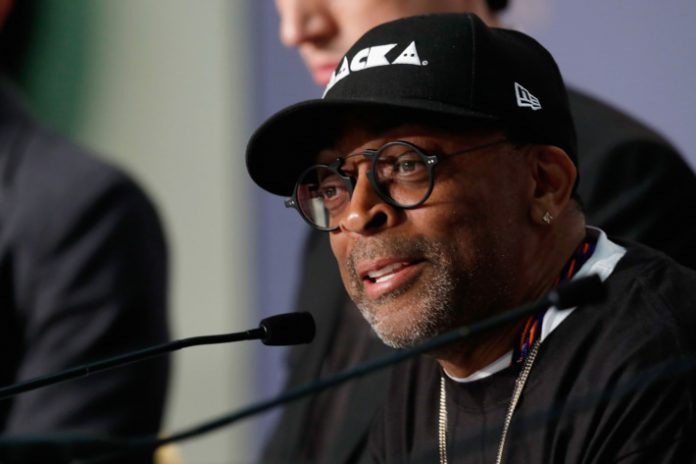 The Cannes Film Festival audience did the right thing at the premiere of Spike Lee’s “BlacKkKlansman” Monday, showering the director with a 10-minute ovation, according to The Hollywood Reporter.

The adoration didn’t end there.

The crowd applauded several times during the screening, and erupted for four minutes as the credits rolled. Guests stood and clapped for an additional six minutes, the show business publication wrote.

Lee, whose “Do The Right Thing” lost the Palme d’Or top Cannes prize to Steven Soderbergh’s “sex lies and videotape” in 1989, may fare better this year, given the reception and early reviews.

Variety called the film a “major comeback for Lee” and “a welcome throwback to the days when Lee’s movies struck a nerve in the cultural conversation.” Time said it deserved to win an Oscar.

The film revolves around the true story of Ron Stallworth (John David Washington, Denzel’s son), a black Colorado Springs cop who infiltrated the Ku Klux Klan in the ’70s. Adam Driver, Topher Grace and Laura Harrier also star in the film, slated for an August release in the U.S.

A montage about last summer’s racial clash in Charlottesville, Virginia, ends the movie, providing a bookend to a Cannes day in which race ― and Lee ― dominated the conversation.

Lee included a dedication in the film to Heather Heyer, who was killed in Charlottesville by a man driving his car into people protesting white nationalism.

President Donald Trump infamously summed up the Charlottesville violence by saying there were “very fine people on both sides.”

Lee used that as a jumping-off point in a fiery condemnation of Trump at an earlier press conference.

“That motherfucker was given the chance to say we are about love, not hate,” Lee said in the clip below. “And that motherfucker did not denounce the motherfucking Klan, the alt-right, and those Nazis motherfuckers. It was a defining moment, and he could have said to the world ‘not the United States,’ that we were better than that.”

Lee added that the world had to wake up to “right-wing bullshit.”