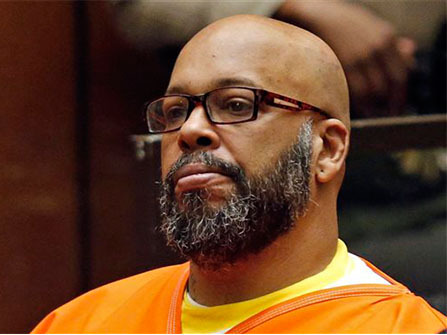 Suge Knight will not be leaving jail to attend his mother’s funeral, because his inmate categorization prevents him from such a privilege.

According to TMZ, the L.A. County Sheriff’s Department said Suge’s status as a homicide suspect falls under a category that makes him ineligible to attend funerals.

The Death Row Records co-founder is accused of intentionally ramming his red Ford F-150 pickup into two men in the parking lot of Tam’s Burgers at Central and East Rosecrans avenues following an argument on the set of the movie Straight Outta Compton in January 2015.

Family sources tell TMZ that Maxine Chatman, Suge’s 77-year-old mother, died Sunday, surrounded by family at a hospital in Paramount, CA. Chatman reportedly suffered a stroke last month and her health had been deteriorating since. Her lungs had recently collapsed and she had kidney failure.

All hope is not lost for Suge regarding his mom’s funeral. He could file a petition with the court for a day pass, however, the likelihood of a court going against the Sheriff’s Department is slim, notes TMZ.