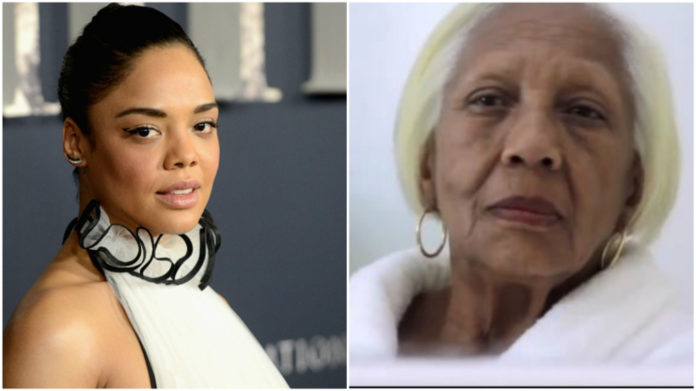 White men have Al Capone and John Gotti. Criminals who are revered instead of reviled for their crimes. Black people, especially Black women, don’t often get to celebrate ourselves for bad behavior.

And then we learned about Doris Payne.

The fascination with Payne’s life work has led to a documentary (The Life and Crimes of Doris Payne) and now her story will be turned into a feature film.

For those of you who may be unfamiliar, Doris Payne is a well-known, international, jewel thief, with her most famous heist being the 10-carat diamond she stole from Monte Carlo in the 1970s. The 87-year-old West Virginia native has had a career that has spanned six decades with her first arrest recorded in 1952. And her last, July 17 of 2017 when she stole $86.22 worth of items from Walmart while wearing the ankle bracelet from her previous artist. With a life as a career criminal, Payne made thousands pawning stolen jewelry but has never served more than five years at a time for any of her crimes. Payne has avoided such consequences with wit, charm and intelligence. (Watch the documentary to see how she does it.)

According to Variety, Tessa Thompson is set to portray Payne in a film that has been “conceived as a high-concept action-drama” similar to “Catch Me If You Can.”

This is at least the second time a film about Payne’s life has been suggested. As far back as 2008, there were reports that Halle Berry was going to take on the role of Payne in a film titled, “Who is Doris Payne?” but apparently, that fell through.

Candice Wilson, of Codeblack Films, will oversee the project.
Codeblack, owned by Lionsgate, is also working on an Angela Davis biopic.