DefenderNetwork.com
Home ENTERTAINMENT Celebrity Tyler Perry explains how he got into a $20,000 bidding war with... 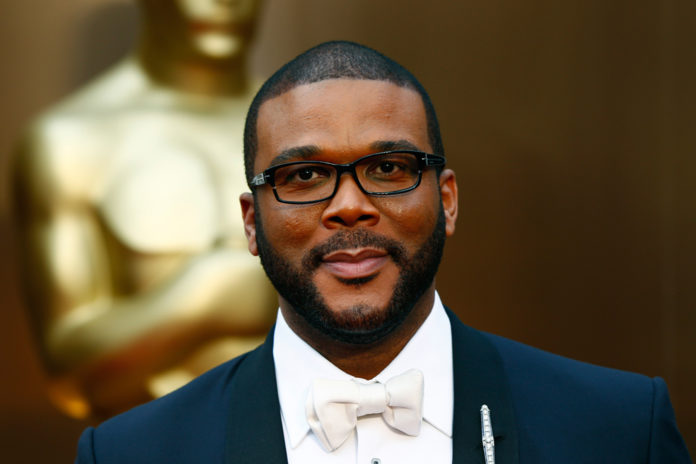 Tyler Perry stopped by Jimmy Kimmel Live! on Monday night to promote his latest film, Acrimony, but while he was there, the writer and director explained how he got into a fierce bidding war with Jay-Z and Beyonce’s daughter, Blue Ivy.

Over the weekend, Perry attended the Wearable Art Gala, a charity event to support Tina Knowles Lawson and Richard Lawson’s WACO Theater, when he spotted a painting he loved.

“I was really, really excited to be there and there was this art that came out for auction,” Perry told Jimmy Kimmel. “It’s this beautiful painting of Sidney Poitier and I’m like, ‘I’ve got to have that.'”

He decided to take out his paddle and bid on the piece, but there was one problem — he had stiff competition from a six-year-old.

“I said, ‘Oh, I’m gonna teach you a lesson today!,'” Perry recalled jokingly. To his surprise, Blue Ivy wouldn’t go down easily.  “She keeps going up and up and up with [the paddle],” Perry explained.