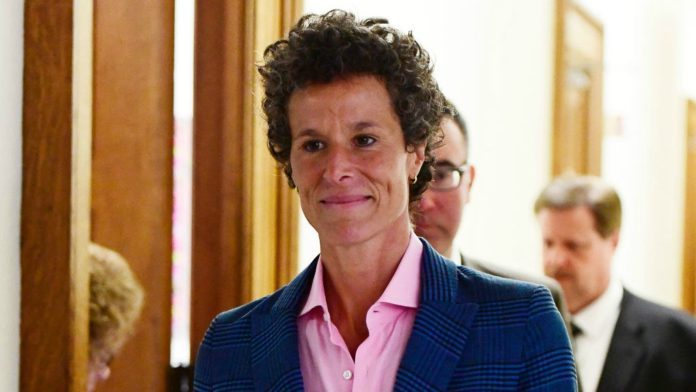 Andrea Constand, the woman at the center of Bill Cosby’s conviction, says she has learned to forgive the disgraced comedian in a recent interview, reports The Root.
“I forgave Bill Cosby for what he did to me,” Constand said Friday night during a sit-down interview NBC’s Dateline. “It’s been many, many years. And if I did not forgive him, I wouldn’t have peace.”
Cosby, who faces 30 years in prison, was convicted on April 26 for drugging and molesting Constand in 2004.
“The jury in Bill Cosby‘s sexual assault re-trial found the comedian guiltyspace“> of all charges after deliberating for two days,” as reported by The Grio on April 26. “Each of the three counts of aggravated indecent assault comes with a 5-10 year possible sentence and a $25,000 fine.”
Constand says she waited years to come forward publicly with her story out of fear of being silenced and not believed.
“It was Bill Cosby. It was Dr. Huxtable,” Constand said in the interview, adding “Who’s going to believe me?”
Constand came clean to her mother regarding the horrific incident because she was certain that there were other victims, according to The Root.
“I woke up crying and I said, ‘Mom, Mr. Cosby drugged me and he sexually violated me,’” Constand recalled. “And she was so caught off guard.”
During Constand’s interview with NBC’s Dateline, she recalled feeling like a “limp noodle” at Cosby’s Philadelphia home after taking three blue pills that he offered her.
“My mind is saying, ‘Move your hands. Kick. Can you do anything? I don’t want this. Why is this person doing this?’” she said.
The Root reports that Cosby’s sentencing is scheduled for September.