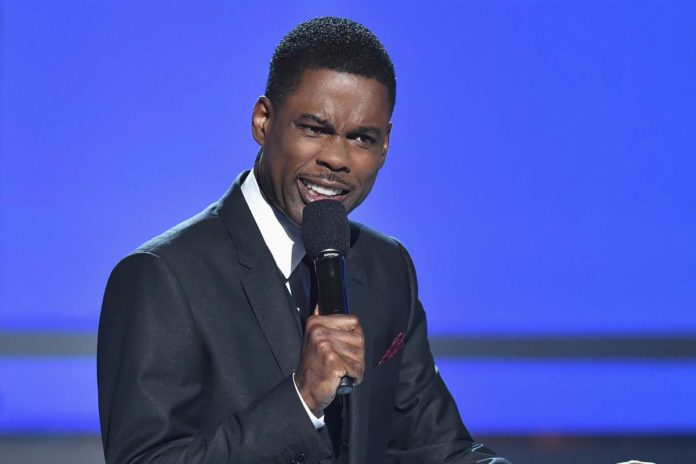 Chris Rock has said that Nancy Pelosi and Democrats are responsible for the coronavirus pandemic because President Donald Trump is a “five-year-old.”

In a wide-ranging interview with the New York Times, the comedian spoke about everything from politics, the pandemic to blackface and Black Lives Matter—but he’s taking issue with the Democrats’ handling of having Trump in office.

Rock, 55, invoked the 1987 film The Last Emperor when explaining how he feels the pandemic should have been handled.

“Did you ever see that movie The Last Emperor,’ he asked. “Where like a five-year-old is the emperor of China? There’s a kid and he’s the king. So I’m like, it’s all the Democrats’ fault.”

He explained: “Because you knew that the emperor was five-years-old. And when the emperor’s five-years-old, they only lead in theory. There’s usually an adult who’s like, ‘OK, this is what we’re really going to do.’ And it was totally up to Pelosi and the Democrats.”

Rock seems to take issue with the attempt to get Trump impeached instead of placating the President, like a child.

“Their thing was, ‘We’re going to get him impeached,’ which was never going to happen. You let the pandemic come in,” he said. “Yes, we can blame Trump, but he’s really the five-year-old.”

Rock added: “Put it this way: Republicans tell outright lies. Democrats leave out key pieces of the truth that would lead to a more nuanced argument. In a sense, it’s all fake news.”

The Grown Ups actor said that as a property mogul, Trump is a landlord, and that when it comes to them, “No one has less compassion for humans than a landlord. And we’re shocked he’s not engaged.”

Rock, who is due to star in the latest season of FX’s Fargo, also touched on that Jimmy Fallon blackface scandal, saying that he wasn’t offended by it.

“Hey, man, I’m friends with Jimmy,” he said. “Jimmy’s a great guy. And he didn’t mean anything. A lot of people want to say intention doesn’t matter, but it does. And I don’t think Jimmy Fallon intended to hurt me. And he didn’t.”

Asked about the wider pushback against blackface on TV and movies, Rock said saying he is against it is stating the obvious.

“Blackface ain’t cool, OK? That’s my quote,” he said. “Blackface is bad. Who needs it? It’s so sad, we live in a world now where you have to say, I am so against cancer. ‘I just assumed you liked cancer.’ No, no, no, I am so against it. You have to state so many obvious things you’re against.”