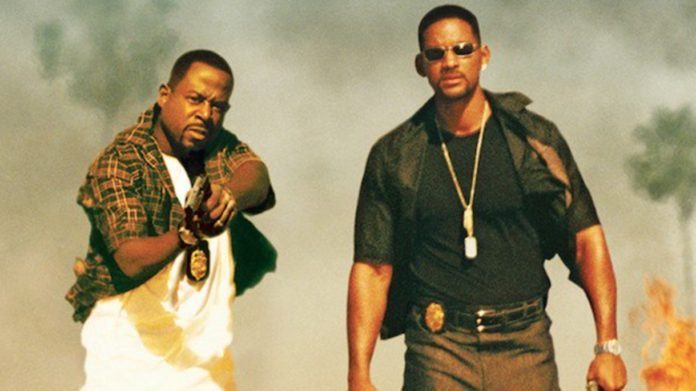 The Bad Boys threequel is back on!

Sony has given the previously-scrapped film a release date for January 2020. Will Smithand Martin Lawrence will reprise their roles as Mike Lowery and Marcus Burnett in the film, entitled Bad Boys For Life.

Plans for the third installment of the Bad Boys franchise were first announced in 2015 and originally slated to be released in February 2017. The project was constantly pushed back due to “scheduling conflicts” and Sony pulled the project from its schedule last year.

At the time, Martin Lawrence revealed he had doubts about whether the film would ever see the light of day.

Now, it looks like the film is back on and Sony has given it a release date of January 17, 2020 and even named the directors, Adil El Arbi and Bilall Fallah.

No word on whether or not Gabrielle Union will be included and reprising her role, but she’s already working on a Bad Boys television series.

According to reports, she’s set to star in a TV spin-off series of Bad Boys, returning as Sydney Burnett which she played in the second installment of the film franchise.

We’re not holding our breath for an on-screen reunion between Union and Smith’s character, Mike Lowery, but we’re still here for this one.

The currently untitled series is being written by the minds behind NBC’s The Blacklist(Brandon Margolis and Brandon Sonnier) and is reportedly being shopped to multiple networks. We’re guessing someone will bite.

For now, fans will have to wait and see if Sony manages to keep Bad Boys For Life on their priority list because they have been playing with our emotions for years and we’re tired of getting our hopes up.