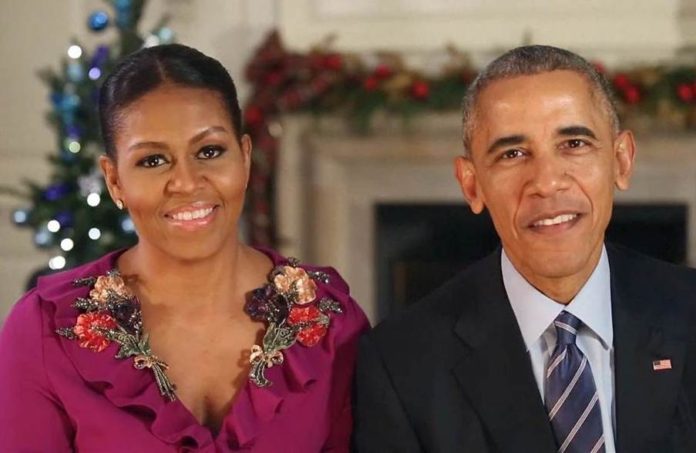 This time of year is always a great time to pause from the busyness of our lives and reflect on the things for which we are grateful. We are thankful for our families and friends, health, income, food, clothing and shelter, and the fact that God has allowed us to see another year.

Here, the Defender has compiled a list of non-traditional things to give thanks for during this Thanksgiving season.

1. The right to kneel

It may seem as if we don’t have this right, based on the controversy surrounding the simple act sparked by former NFL quarterback-turned-activist Colin Kaepernick. But for all its flaws, you have to love the fact that we have the freedom to protest in this country – no matter who doesn’t like it.

The GOP may be trying to dismantle it, but we’re ecstatic about having health insurance. And we’re not alone. The deadline is Dec. 15, and already 17 million people have signed up for the Affordable Care Act. That’s more than the number of people who were with the ACA in 2017. Yes, there are some areas that need to be overhauled. But considering the alternative – sitting up in the free hospital, waiting 7,323 hours to see a doctor because we don’t have insurance – we’re grateful that health care is an option.

3. Memories of the Obamas

You might not have agreed with all the policies of former President Barack Obama, but this current administration makes us miss the stability, presidential temperament, and intelligence that the highest office in the land should hold (Shoot, at this point, we even miss George Bush). But more than anything, we miss Black love on display. Barack and Michelle were #lovegoals and we can’t help but be thankful that we have the memories of their bond.

4. The ability to customize stuff

Let’s keep it real. We love to customize some stuff. Even non-customizable stuff – it doesn’t matter. Cars, teeth, nails, hair, skin, our coffee – we will customize it. Not being allowed to walk into a Starbucks and order a “tallande* double-whip, no-foam mochaccino with unicorn sprinkles and elf tears, stirred with the ivory tusk of a baby elephant” will turn Black America upside down. *A tallande is where you cut a tall cup in half and staple it to the top of grande cup. And yes, it’s still smaller than a venti.

We’re not trying to stereotype, but here comes some crazy-big stereotyping: Black women love Macy’s. Some Black women would marry Macy’s if they could. Ninety-three-point-seven percent of Black women do their Christmas shopping at Macy’s (okay, so we made that statistic up but that’s what it feels like). As such, Black women live for the coupons that come in the mail online, and of course, in the Defender. And though they may not admit it, Black men love those coupons too, if for no other reason than to get their women out of the house on Sunday so they can secretly watch the football they are supposed to be boycotting.

Ask any “dominologist” – it’s simply not possible to play dominoes without slamming them, just like it’s not possible to play spades without someone at some point pasting a big Joker on his or her forehead because the nature of both games, mixed with showboat ancestry, requires that both be done. We can’t even imagine a world where quiet dominoes are played and a big Joker isn’t treated with the respect it deserves.

The fact that you can wake up on a predetermined morning and know that your money is there, in your account, waiting for you, can start your day off with a smile. What if you didn’t always know exactly when you’d get your check? Or every time you got your check you had to find a bank to make a deposit? The thought makes us shudder.

8. No time clocks at work

Did you know that people still punch in and punch out? That’s like…an actual thing that still happens in crevices of the world. If it isn’t happening to you and your 9 a.m. start time is usually, actually more like 9:18 every morning and no one seems to notice, then you’re working at the right place. You know that hour and a half lunch you took today? It wouldn’t be possible with that time clock on the wall. Now, take off your watch and do a cartwheel.

We take stock of the monumental moments – that promotion at work, spending another holiday with our loved ones – but what about the tiny treasures? There’s something to be said for the rare moments throughout the day that make you smile. Research shows expressing gratitude can increase your overall well-being, from better relationships to better sleep.

10. That movie that always makes you laugh

Laughter has been linked to health benefits ranging from a better immune system to lower blood pressure. You genuinely can’t help but become invested in the juicy love triangles or the drama. Humans are psychologically wired to get attached to fictional characters, especially those who make us laugh.