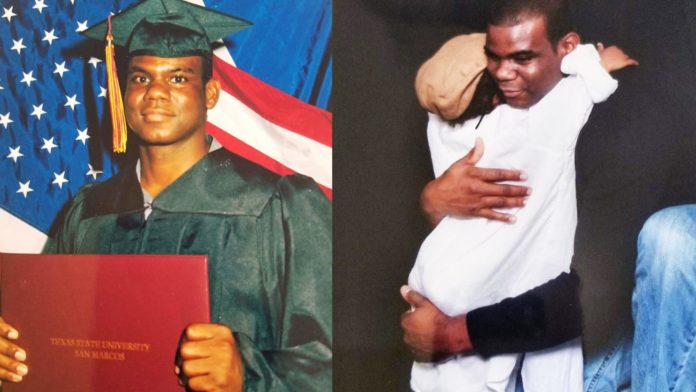 The morning of March 2, Stephan House saw a strange package on his front porch in Austin, Texas. He sent his 8-year-old daughter back inside to brush her teeth before they left for school.

“She ran to the door and saw him sprawled out and blown up, and she was only 8,” said House’s brother, Norrell Waynewood, in an interview with The Daily Beast.

Neighbors heard the blast and rushed over to grab House’s screaming daughter as they tried to perform CPR on him after calling 911, but it was too late.

“Mom never had the opportunity to grieve,” Waynewood said. “She hasn’t had the chance to seclude herself and process it. She’s holding together to make sure everyone is taken care of.”

After several weeks of five fatal and injurious bombs that terrorized the area, police in Austin say they’ve caught the man responsible, 24-year-old Mark Anthony Conditt. Conditt blew himself up when police cornered him in Round Rock, Texas early Wednesday morning, authorities said.

“My mom does not feel safe,” said Waynewood. “His wife and his daughter do not feel safe. They’ve left their homes.”

“I’d be totally happy if this is the end, I just don’t feel like it is,” he added, noting that his mother is worried Conditt may have had potential accomplices and doesn’t believe police have kept them in the loop on the investigation.

“Having that much knowledge and being that skilled,” Waynewood said, has left his family terrified that Conditt did not act alone, despite police announcing on Wednesday that Conditt built all of the explosive devices himself. No other suspects or persons of interest have been named by police.

But the family’s lack of trust in authorities started early on in the investigation for the House family.

“When it first happened, we didn’t feel like police were taking our family seriously,” said Waynewood.

When he arrived in Austin after racing from New Mexico to get home, Waynewood was shocked to find that there were no police apparently monitoring his family, when a targeted explosion had happened just hours earlier.

Read more of this story at The Daily Beast