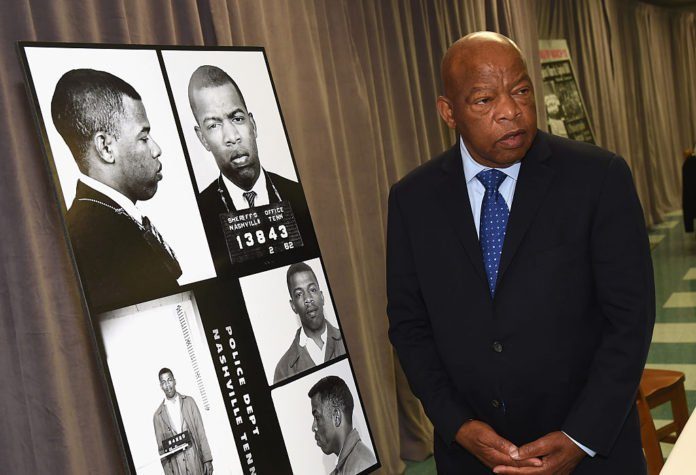 Congressman John Lewis (D-GA), the only person alive who spoke during Dr. Martin Luther King‘s historic March on Washington, was verbally taunted on a D.C. to Atlanta flight over the weekend. The civil rights legend shared his story on Senator Cory Booker’s new podcast “Lift Every Voice.”

“I’m walking down the aisle, and the gentleman said as loud as he could, ‘Trump!” recounted Lewis. “The 77-year-old has been a vocal critic of Trump, refusing to attend the Civil Rights Museum opening in Mississippi if Trump was in attendance and Trump’s State of the Union speech scheduled for January 30.

On a recent MSNBC appearance, Lewis said Trump speaks and behaves like someone who knows a lot about being a racist.

“It must be in his DNA, his make-up,” said the congressman.

As someone who has endured far worse than harsh words, Lewis was not deterred by the taunts on the airplane.

“I just kept walking. I didn’t say anything. And sometimes, I’m walking through the airport in different places. People-I guess they think they’re getting to me, harassing me, but they don’t understand. I’ve been called many, many things. But I’m not going to let anything get me down.”

Lewis was Booker’s first guest on what is planned to be a weekly podcast which will feature activists devoted to fighting injustice and inequality.