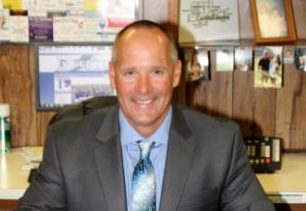 Needville ISD Superintendent Curtis Rhodes has threatened to suspend any student who disrupts schools or walks out to protest current gun laws.

In a letter sent to families and published on schools’ social media sites, Rhodes said students would face a three-day, out-of-school suspension if they joined in growing protests nationwide over the shooting at a Florida high school last week.

“Life is all about choices and every choice has a consequence whether it be positive or negative. We will discipline no matter if it is one, fifty, or five hundred students involved,” Rhodes wrote. “All will be suspended for 3 days and parent notes will not alleviate the discipline.”

Student organizers in Florida are planning a March for our Lives on March 24 in Washington, D.C. to demand action on gun control. A National School Walkout planned by the Women’s March organizers is set for March 14.

A National School Walkout is set for April 20, the anniversary of the 1999 mass shooting at Columbine High School in Colorado. The walkout is being organized by a Connecticut student who lives near Sandy Hook Elementary where 20 students and six staff members were gunned down in 2012.

The student uprisings follow a mass shooting that killed 17 at a Parkland, Florida high school on Feb. 14. A 19-year-old former student has been charged.

Students have already walked out of classes across South Florida this week to protest in favor of stricter gun control laws.

Rhodes said the school district is sensitive to violence in schools, but said his schools’ are focused on education, not political protests.

“A school is a place to learn and grow educationally, emotionally and morally,” Rhodes wrote. “A disruption of the school will not be tolerated.”