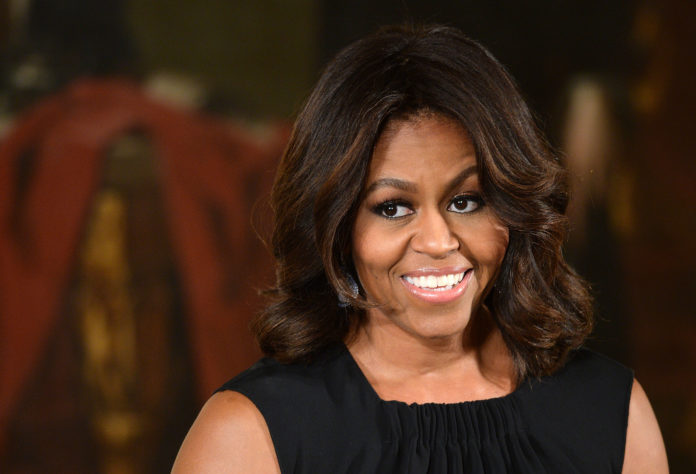 Michelle Obama turned 54 this week, and she reportedly celebrated quietly with some close family and friends.

Chef Spike Mendelsohn told Michael Sneed of the Chicago Sun-Times that the party was meant to be “very low-key.” She apparently “wanted a relaxed birthday party this time.”

“It was not going to be a party this time where people would be formally seated at tables,” Mendelsohn recalled.

Mendelsohn explained that the former First Lady invited 30 or 40 friends to a place called “Heist” for some “fun. Hanging out. Dancing. Some Mexican fare.”

A burger named for Michelle

Mendelsohn said that he was in Chicago on Wednesday because he wanted to promote a burger in her honor.

Michelle Obama became known for her campaign to get people to eat healthy foods, and Mendelsohn claimed that she and her husband had been to his Good Snuff eatery in Washington, D.C., “countless” times.

–Michelle Obama dresses like Beyoncé from ‘Formation’ to celebrate #BeyDay–

“The Obamas came into my restaurant numerous times; the first time it was Barack and his daughter, Sasha,” he said.

“I was one of the chefs chosen to cook for the Easter Egg roll and was given a tour of the First Ladies Garden,” he said. “It was so impressive. So I’ve been cooking for her [Michelle] countless times in the last years.”

So, he decided that he wanted to do something food-related to honor Michelle.

“So in honor of her birthday I’m heading to Chicago Wednesday to promote the “Michelle Melt,” a burger in honor of her; a turkey burger with lowfat mayonnaise, carmelized onions, swiss cheese, lettuce, tomatoes on a multi-grain bun,” he explained.

“I created it here to highlight her birthday,” he said. “After all, this is her hometown.”

It sounds like it was a great party, and we hope Michelle enjoyed the food and company.

Happy birthday to Michelle Obama. We sure miss you in the White House, but we hope every year brings more amazing things.