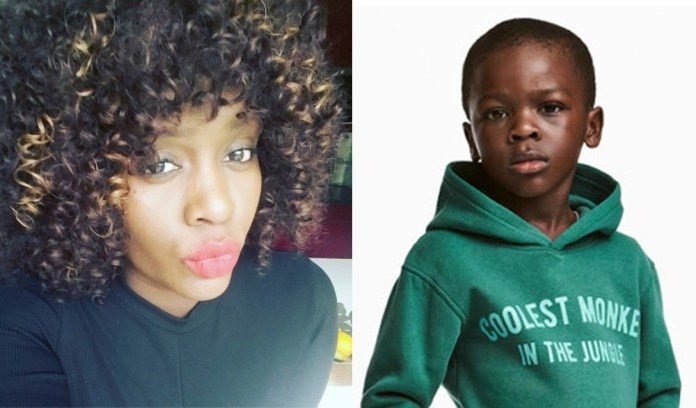 The mother of the young model wearing a monkey hoodie in a racist H&M ad is apparently unbothered by all the controversy.

The alleged mother, who identifies as Terry Mango on Facebook, took to social media to push back against critics of the ad that has since been removed from H&M’s websites.

“[I] am the mum and this is one of [the] hundreds of outfits my son has modeled,” she wrote in a comment on what appears to be Instagram. “Stop crying wolf all the time.”

In another comment on Facebook, she wrote, “that’s my son. [I have] been to all the photoshoots and this was not an exception.”

After someone on Facebook asked if she could understand why people were upset over her son wearing a monkey hoodie, the Sweden-based mother said she doesn’t get all the fuss.

“I really don’t understand but not coz am choosing not to but because it’s not my way of thinking, sorry,” she wrote.

TheGrio has reached out to verify if the Facebook account is indeed the mother of the young model, however, no response has been returned.

While the mother of the young boy may not take issue with the controversial H&M hoodie, many others did, including The Weeknd.

The pop singer announced that he will no longer be working with clothing giant after the controversy they caused with a green “Coolest Monkey in the Jungle” hoodie.

The Canadian singer took to Twitter to announce, “woke up this morning shocked and embarrassed by this photo. i’m deeply offended and will not be working with @hm anymore…”

In a statement provided to the New York Daily News, H&M somewhat apologized. “This image has now been removed from all H&M channels and we apologise to anyone this may have offended,” they said.

However, the Sweden-based company’s apology did little to extinguish the public flames.

In addition, H&M offered another apology to CBS MoneyWatch: “We sincerely apologize for this image. It has been now removed from all online channels and the product will not be for sale in the United States. We believe in diversity and inclusion in all that we do, and will be reviewing our internal routines.”

Most noteworthy, this isn’t the first time H&M has been in hot water over race. In 2015, H&M South Africa was ironically called out for not having any Black models.

The brand only made things worse with its apology when it explained that the use of white models portrayed a more “positive image.” Of course, the statement was quickly slammed as tone deaf.