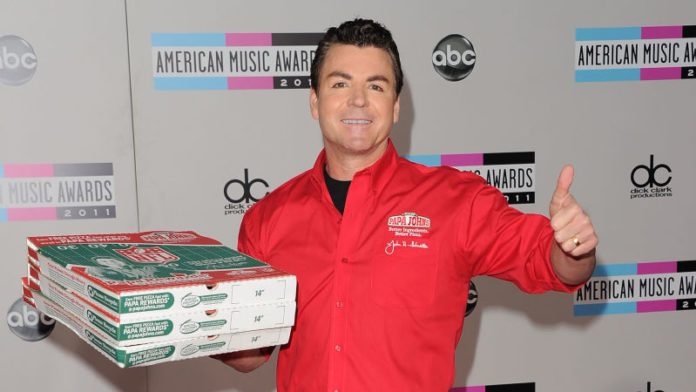 After Papa John’s blamed the NFL players protests for its lagging pizza sales, the Daily Stormer quickly caped for its trash-ass “pizza” (the Stormer is a site rife with neo-Nazis and white supremacists).

Last week, Papa John’s founder John Schnatter told his company’s investors that “the NFL has hurt Papa John’s shareholders,” adding that the controversy around the NFL national anthem protests over racial injustice “is polarizing the customer, polarizing the country.” Schnatter also faulted NFL executives for showing a “lack of leadership” over the issue.

The Stormer embraced Papa John’s for its anti-protest stance, and dubbed the soggy cardboard pies the “official pizza of the ‘alt-right.’” As Newsweek reports, the story was accompanied with a photo of a pizza with a pepperoni-slice swastika on top along with the caption, “Sieg Heil Pizza.”

According to Newsweek, the Stormer article also blasted the NFL for its “anti-white agenda.”

It isn’t just avowed Nazis and white nationalists who have committed themselves to stuffing their faces with garbage. Jack Posobiec, a Donald Trump stan and walking dumpster, proudly displayed the Papa John’s pizza buffet that was his wedding-rehearsal dinner.

Presumably, it was to troll all the people out there … eating real pizza.

The show of white love for Papa John’s pizza has forced the company to release a statement disavowing its racist fans.

“We condemn racism in all forms and any and all hate groups that support it. We do not want these individuals or groups to buy our pizza,” Papa John’s statement read.