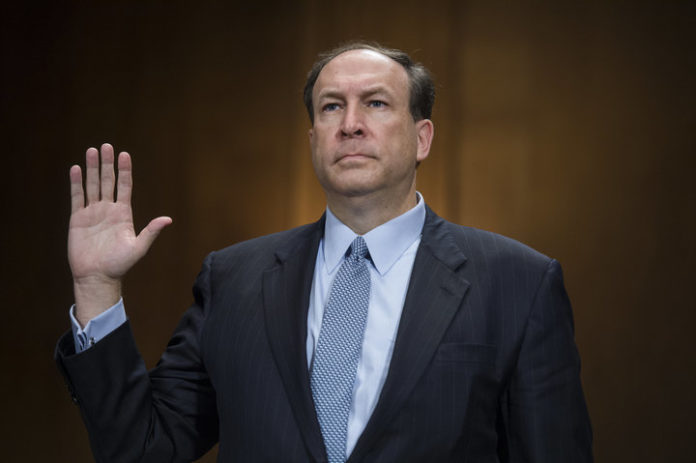 The Senate voted Thursday to advance one of President Donald Trump’s judicial nominees, Michael Brennan, who spent his confirmation hearing dodging questions about whether racial bias exists in the criminal justice system.

Every Democrat voted against Brennan.

When Brennan appeared before the committee last month, he bizarrely avoided questions by Sen. Cory Booker (D-N.J.) about whether there is racial bias in the U.S. justice system. His responses ranged from saying he would “do my very best” not to be biased, to talking about his volunteer work, to saying he might give an opinion if he could have a look at the data that Booker was drawing from to say there is racial bias.

Booker was dumbfounded ― particularly because Brennan, who was a state trial court judge in Wisconsin for nine years, should know there are lots of data.

“You’re a judge in the United States of America and you have not looked at issues of race in sentencing and the criminal justice system?” Booker asked. “I find this astonishing.”

Federally collected data is clear on the racial divide in the justice system. Black drivers, for example, are more likely to be pulled over than white drivers. White drivers involved in traffic stops are searched at lower rates than black drivers. Black people spend more time behind bars than white people for the same crimes, and black people are three times more likely to be arrested for marijuana possession than white people ― even though the two groups use cannabis at roughly the same rates.

During Thursday’s vote, Booker said one of the main reasons he opposed advancing Brennan was because of the judge’s “insulting” and “dangerous” responses to his previous question.

“To be nominating a federal judge who does not even acknowledge the persistent impact of race within our justice system and doesn’t even have a plan or thoughts on it, to me, is stunning and absolutely unacceptable, if not offensive,” Booker said.

Brennan’s nomination now heads to the full Senate for a final vote.

Democrats were also upset that Grassley, the committee chairman, gave Brennan a hearing at all, given that he bent the rules to do it. Sen. Tammy Baldwin (D-Wis.) never turned in her so-called “blue slip” to signal her support for a hearing on Brennan, who is from her home state. It’s longstanding tradition that the chairman won’t give a nominee a hearing unless blue slips are turned in. Grassley ignored that tradition and held a hearing anyway.

Sasse accused Democrats of setting the precedent for blowing up Senate rules in 2013, when then-Majority Leader Harry Reid (D-Nev.) lowered the threshold from 60 to 51 votesto advance most nominees on the Senate floor in response to the GOP’s ongoing obstruction of President Barack Obama’s nominees.

But Sen. Patrick Leahy (D-Vt.), who formerly chaired the committee, chided Grassley for his unprecedented decision in 2016 not to give a hearing to Obama’s Supreme Court nominee, Merrick Garland. That, said Leahy, damaged the committee more than anything else.

“I’ve served longer in this body than anybody in this room,” Leahy said. “There are some traditions in his body that we shouldn’t just toss out because of special interest groups or a Republican White House says so.”