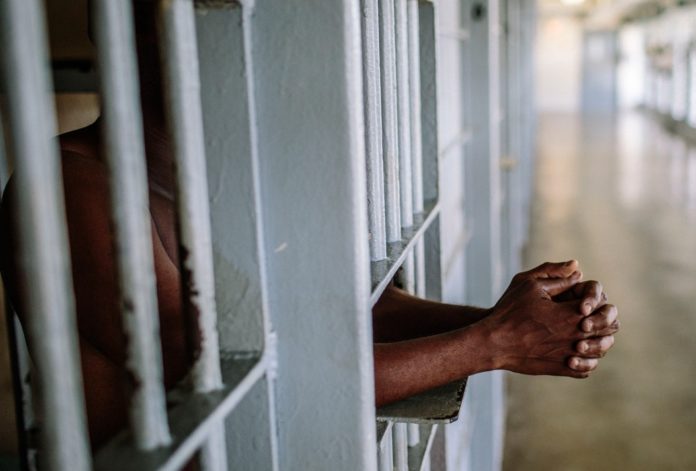 The attempted suicide rate recorded inside the Texas prison system has doubled in four years, a trend that some experts call “concerning” and others see as a positive sign the Texas Department of Criminal Justice is getting more serious about tracking mental health issues.

It’s not entirely clear what’s behind the shift. Some experts point to staff turnover and an increasingly mentally ill prison population. But according to the Texas Department of Criminal Justice, the four-year increase all stems from a 2013 push for better suicide prevention training that could have broadened the understanding of what counts as an attempt.

“I’m not sure the numbers are true indicators of those who have attempted versus those who have talked about it,” said state Sen. John Whitmire (D-Houston). “They call discussing or mentioning that you might commit suicide a suicide attempt and you could take the position that that is really broad.”

“I think some of it is an increase in understanding of what mental health issues look like,” she said. “But when the numbers keep going up we have to draw a line in the sand at some point and say that it’s an actual increase in attempts.”

The numbers show a sizeable increase in attempts starting five years ago. In 2013, Texas prisons averaged 65 suicide attempts per month, according to TDCJ data outlined in regular Emergency Action Center reports. By 2015, that number had risen to 97.

In the first eleven months of 2017, the department saw an average of 150 attempts per month.
Over the same period, the number of actual suicides generally stayed under 35 a year over the past decade.

The prison population has decreased, however, meaning that the rate of suicide attempts has risen even more than the raw numbers. From 2007 through 2013, Texas state lock-ups saw between 40 and 50 attempts per 10,000 inmates. By 2015, that figure climbed to 77 and by the following year it was up to 100.

“The reports may give us the raw numbers but what we’re not seeing is what is the system doing to address a rising rate and discover some of the root cause,” said Doug Smith, a policy analyst with the Texas Criminal Justice Coalition. “You need a system that doesn’t just report on trends but seeks to understand it and I think that understanding the why is critically important.”

Increased awareness may have contributed to the difference, TDCJ spokesman Jason Clark said.

“While we cannot say specifically what has caused an increase in attempted suicides, there are two things that transpired during the time period which may have had an impact,” Clark said.

In 2012, 36 prisoners killed themselves, marking the highest numbers of completed suicides in several years.

In response, the following year the department “communicated extensively with staff about suicide prevention and crisis intervention,” Clark said. “We believe this translated into correctional officers more frequently inquiring further when they encountered an offender who may be in emotional distress and reporting it to the Emergency Action Center.”

Then in 2015, the department bumped up the time spent on crisis intervention and mental health response training for correctional officers and later added a suicide prevention component to the inmate peer education program.

But Lance Lowry, a Huntsville corrections officer and former union president, said he wasn’t aware of any shifts in reporting.

The vast majority of attempts don’t result in completed suicide, and 88 percent do not involve any recorded injuries, Clark said. Less than 2 percent require life-saving measures.

Though that offers some support for the idea that the apparent increase is more closely tied to reporting changes, Whitmire voiced concerns about data that isn’t better able to tease out that distinction.

“The numbers should better document and distinguish those who actually physically attempt and not include those who just talk about it,” he said. “There’s a helluva difference if you’re attempting a suicide versus verbally suggesting you might.”

At the majority of Texas prisons, the University of Texas Medical Branch oversees inmates’ medical and mental health care. Dr. Joseph Penn, the director of mental health services there, concurred that the increasing numbers could be more about a change in characterization than a change in prisoner behavior — but he still offered a number of reasons the rate of suicide attempts could go up.

“We’ve had a doubling in the number of mentally ill offenders,” he said, looking back over the past decade. “We’re seeing more and more in our demographics.”

As of August, 27,000 inmates — or 18.5 percent of the prison population — had some identified form of mental illness, according to TDCJ. That’s up about 2,000 from two years earlier, even at a time when the overall prison population has decreased.

Michele Deitch, a criminal justice consultant who teachers at the LBJ School of Public Affairs at the University of Texas at Austin, questioned whether rampant understaffing and high turnover could play a role.

“One of the reasons why it is so important to have an experienced and stable workforce is that experienced officers are better prepared to anticipate and de-escalate incidents so that they don’t result in assaults or uses of force,” she said. “And they are better equipped to recognize when an inmate is depressed or exhibiting other mental health issues that could lead to suicide attempts.”

Statewide, officer turnover was around 28 percent over the last fiscal year. TDCJ did not have the figure broken down by facility, however, so it’s unclear whether the prisons with more growth in suicide attempts are also seeing higher officer turnover.

A Chronicle data analysis showed there was not a high correlation between officer vacancy rates and suicide attempts at individual facilities.

There does appear to be some connection between the use of administrative segregation — a non-punitive form of solitary confinement — and suicide attempts. While only about 2.7 percent of prisoners were housed in the highly restrictive segregation cells as of mid-2017, a quarter of suicides and 12 percent of attempted suicides occurred there in the first eleven months of the year.