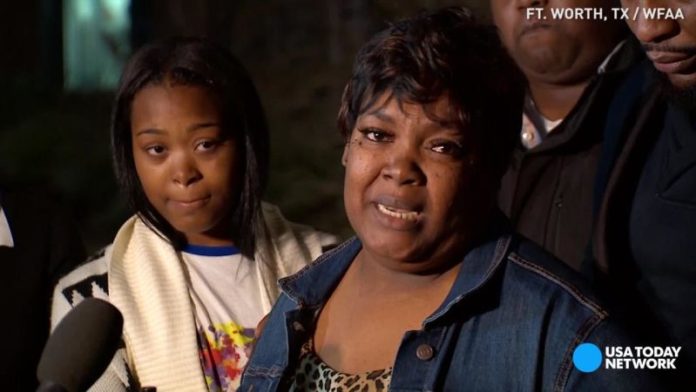 A Fort Worth, Texas, man has been found guilty of misdemeanor assault by contact for attacking his neighbor’s 8-year-old son in 2016, whom he had accused of littering in his yard.

Itamar Vardi was ordered to pay a $569 fine, sentenced to community service and 6 months deferred adjudication. If Vardi fulfills his sentencing requirements, he will have no conviction on record. He also has the option to file a petition of non-disclosure that would seal his deferred adjudication from public view.

In court, Vardi said that he was just trying to be “instructive” when he assaulted the child.

“I did place my hand on his shoulder, but not in an offensive manner,” Vardi told the jury Wednesday afternoon. “I was not trying to harass people or chase people.”

Vardi’s latest version of events is whitewashed, if not an outright lie.

As previously reported by The Root, on Dec. 21, 2016, Jacqueline Craig, 46, had called for police assistance to report that a white male neighbor choked her 8-year-old son after the child allegedly littered in his yard.

At the time, Vardi admitted to responding Fort Worth Police Officer William Martin that he had grabbed the child by the neck.

Additionally, according to Martin’s statement:

In response to Craig’s distress, Martin antagonizing, assaulting and, ultimately, arresting her in front of her children. Her two daughters—Brea Hymond, 19, and a 15-year-old girl who was not identified—were also arrested and later released. The girls, who screamed at Martin to leave Craig alone, were simply trying to protect their mother.

She dared to believe that “to protect and serve” applied to her family.

Despite Vardi admitting to grabbing the child by the neck, the Tarrant County District Attorney’s Office determined that there was not enough harm caused to the child to warrant a felony charge.

Officer Martin was suspended without pay for 10 days, and returned with the full support of his department.

“This case is a familiar story of white privilege,” Lee Merritt, a civil rights attorney representing the Craig family. “The cop [Martin] found to have used excessive force was given a 10 day suspension then returned to the force. The neighbor now will pay a $569 fee and have no record of conviction. While Jackie Craig and her two teenage daughters were arrested, jailed and still have arrest records which will cost them more than either of their assailants to expunge.”

In an attempt to discredit Merritt, Tarrant County District Attorney Sharen Wilson filed a complaint with the Unauthorized Practice of Law Committee, a panel established by the Texas Supreme Court, claiming that the civil rights attorney has been practicing in Texas without a license.

Merritt, who has publicly provided proof that he is licensed to practice law in federal court—including in Texas—issued a statement in response.

It reads in part:

The claim filed by the UPLC in Tarrant County was initiated by the complaint of Tarrant County District Attorney Sharen Wilson. Wilson complained to the State bar after my office publicly demanded she pursue the appropriate criminal charges against Officer William Martin and neighbor Itamar Vardi for their respective roles in the assault of Jacqueline Craig and her children. Instead of fulfilling her ethical responsibility to present the facts of the Craig case to the Grand Jury, Wilson forwarded my office’s correspondence to the UPLC with the false claim that I was engaged in the unlawful practice of law in Texas.

Launching baseless investigations and filing frivolous lawsuits is a common tactic used to prevent civil rights lawyers from disrupting unjust practices in Southern States…I look forward to refuting the false claims alleged in the report and continuing the work of police reform and civil rights activism throughout Texas.

These are the extreme lengths that so called public servants will go to in order to abdicate their duty to black people.

A black attorney seeks justice for a black family, and his reputation is attacked for two reasons—to silence him and intimidate targeted communities into silence.

A white police officer attacks a black woman and her daughter; he’s given a love tap on the wrist and sent back out into the streets.

A white man attacks a black child; he is punished with what amounts to a traffic ticket

Be clear: This is not justice; this is what institutional and systemic anti-Black violence looks like.

It is also just another day in America.