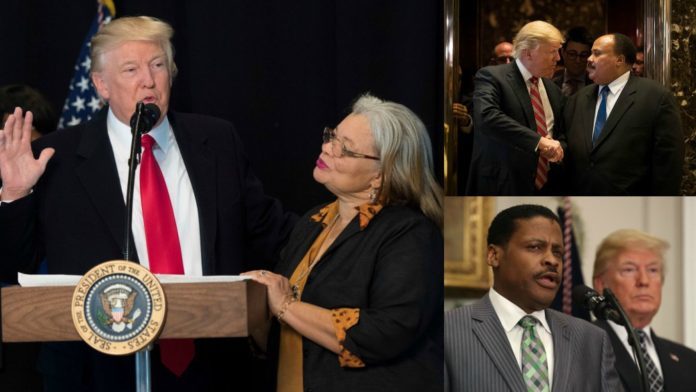 Donald Trump bragged on Twitter that his approval rating with Black Americans has doubled. It hasn’t.

The most recent CNN polling, from December, shows that only 3% of black Americans said they approved of how Trump is handling his job nearly a year into his White House tenure. A whopping 91% said they disapproved.

It is true that black unemployment has fallen to 6.8% in the most recent data — the lowest since the Bureau of Labor Statistics began tracking the number in 1972 but still higher than the 4.1% national unemployment rate among all races.

The President has pushed back against reports that he called African nations “shithole countries” during immigration negotiations last week in the Oval Office, saying “I am not a racist” over the weekend and adding he is “the least racist person you have ever interviewed.”

The comments come amid a mounting backdrop of racially tinged remarks from the President. These range from his policy proposals for undocumented immigrants and his reaction to white supremacist protests in Charlottesville, Virginia, over the summer to his doubt over President Barack Obama’s birthplace and his descriptions of crime in major American cities.