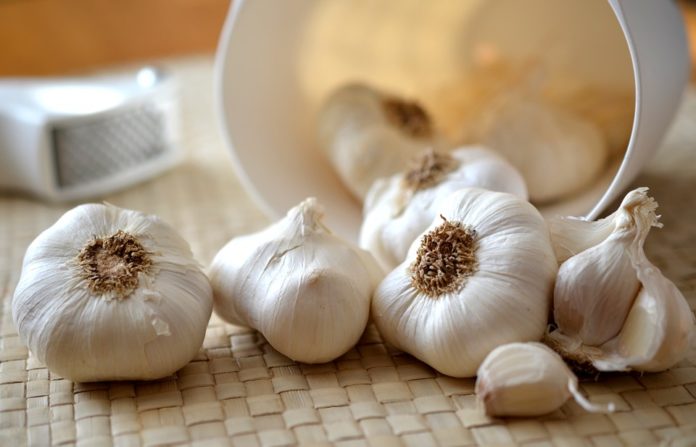 The common cold is not only uncomfortable—with its chills, stuffed nostrils that make it impossible to sleep, and incessant sneezing—but it can also affect your work and relationships. Research has found that the cognitive impairment caused by the common cold is comparable to that one suffers from drinking alcohol or going too long without sleep. Well, the latter is no big surprise since the common cold makes it quite difficult to sleep! But with that in mind, you cannot afford to catch several colds a year because at worst it can lead to a decline in your work, and at the very least it can make you say some nasty things to your friends that you don’t mean. Here are foods to eat if you get too many colds (more than one a year is too many).

This bright orange food is rarely talked about when it comes to fighting colds. However, its high levels of vitamin A promote the health of your mucosal surfaces. This includes your skin, which plays a large role in keeping viruses out.

Dark leafy greens like spinach and Swiss chard are good sources of Vitamin C, so they’re a great alternative for people who don’t like eating oranges every day. Consuming enough Vitamin C regularly can shorten the lifespan of a cold.

If you do, however, enjoy some good orange juice, grab the frozen concentrated variety. It has a higher concentration of vitamin C per ounce. Just mix in a little bit of water to loosen it up.

You can really pick your favorite citrus fruit and still get plenty of cold-fighting benefits. Even limes contain flavonoids, which help hasten recovery from a cold. Just don’t put them in a margarita—a cold is no time for alcohol.

Avoid caffeinated drinks when you have a cold; you need extra sleep to fight a cold, but caffeine makes it hard to even get a regular amount of sleep. That being said, a warm liquid can alleviate congestion—one of the biggest nuisances of the cold. Plus many teas contain antioxidants.

There is a little science to adding lemon to your tea. Lemon is antibacterial, meaning it can fight viruses. This sour citrus fruit can also work to shrink swollen throat tissues, which makes swallowing much easier.

If you don’t like tea, get your warm fluids in the form of soup. Extra warm soup will raise your body temperature, which actually loosens mucus and reduces congestion. The energizing protein of chicken soup won’t hurt during an energy-zapping cold, either.

If chicken isn’t your favorite form of protein, grab some beef. The zinc content boosts your immune response. Those with a zinc deficiency tend to catch more colds and cases of flu.

Vegetable soup has been shown to be just as effective at reducing the release of white blood cells that cause congestion during a cold. So it’s okay if you skip the chicken part; you should still eat some nice hot vegetable broth.

Pescatarians will not be excluded! Salmon delivers plenty of vitamin D which we usually don’t get enough of in the fall and winter months (coincidentally the cold and flu months). Actually, it’s no coincidence because a vitamin D deficiency can increase one’s risk of respiratory infections. So when you can’t get sunlight, eat some salmon.

If you want to eat your salmon raw in the form of sushi, top it off with wasabi. That same eyes-watering, nose-running sensation that makes this food slightly hard to eat will also clear out your sinuses.

If you don’t like wasabi, most spicy foods are effective at decongestion. Chili peppers are a great option; if you add chili peppers to hot tea with lemon, you’ll have a serious cold-fighting concoction.

If you can’t stand the smell of garlic you’re in luck; during your cold, you won’t be able to smell it much. But you will be able to consume its compound called allicin, which can make cold symptoms less severe.

Here’s another strong flavor ingredient that boosts your health. Turmeric (found in many curries) has antioxidant properties that rid your body of toxins. A buildup of toxins can make several of the virus-fighting systems in your body fail to function properly.

Make your own with nothing but fruit, water and a little bit of honey; store-bought varieties can contain too much sugar, which will usher in mucus production. But a homemade popsicle can keep you hydrated and is very easy on the throat. 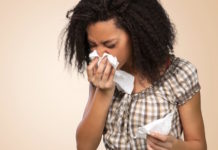 Some reasons why you get so many colds and flus