The presidents of two historically Black colleges in New Orleans stunned their campuses when they announced in a joint message that they had participated in a vaccine trial for Covid-19 and then encouraged students to do the same.

The announcement by Walter M. Kimbrough of Dillard University and C. Reynold Verret of Xavier University of Louisiana in early September immediately conjured up conversations about a common distrust of medical institutions among Black Americans, stemming from an extended list of past malfeasance, especially the study of untreated syphilis among Black men, also known as the Tuskegee experiment.

“It is important to have people like us in these trials.” – C. Reynold Verret of Xavier University of Louisiana

“We’re protecting our communities,” Verret told NBC News. “We all know someone who has passed or been hit with Covid-19. When a vaccine comes, we want it to be available and to work on our community. Participating in trials is the only way to do so. We only have 1 or 2 percent; we need 10 to 15 percent participation.”

Response to a tweet announcing Kimbrough’s and Verret’s actions was immediate and strong. One person posted a copy of “Medical Apartheid,” the acclaimed book by Harriet A. Washington, which chronicles the extended history of medical wrongs inflicted on Black people.

As an alumni I am deeply disappointed by this. We are not guinea pigs. Ask government officials to be first in line not us. Shame on Verrett.

Another wrote that “our children should not be used as Guinea pigs.”

Nonetheless, Black researchers, scientists, clinicians and physicians have pushed for people of color to participate in coronavirus human trials. “Genetics related to racial differences make it essential that we be involved in broad-based and diverse clinical trials of medications and vaccines,” Dr. Larry Graham, a retired pulmonologist in Atlanta, said. “We must be sure it works in Black folks. This can only be determined by our inclusion in the research-based trials of such vaccines.”

But many, like Seth Calloway, a 2004 graduate of Dillard, said they were concerned that impressionable students may take the presidents’ encouragement as an edict.

“While I understand the need for more African Americans in these trials, especially with how disproportionately our communities are being affected, I worry that such a request from the leaders of our schools may be interpreted as more of a demand to the students,” Calloway, a senior project manager at Life Tagger, a social media management tool, said. “College is a transitional period from youth — relying on their parents — to adults who make their own decisions. However, during this time they are extremely influenced by what their professors, or in this case presidents, are telling them they should do.”

Verret and Montgomery wrote in their letter: “Overcoming the virus will require the availability of vaccines effective for all peoples in our communities, especially our black and brown neighbors. . . It is of the utmost importance that a significant number of black and brown subjects participate so that the effectiveness of these vaccines be understood across the many diverse populations that comprise these United States.

As part of the trial at Ochsner Medical System in Louisiana, “we have received our injections and have been monitoring and reporting any symptoms and side effects. . . We appeal to the students, faculty, staff and alumni of Dillard, Xavier, and our sibling institutions to consider participating in this trial or others being conducted. The people and communities we serve look to us as an example. Our participation in such studies will help find ways to better fight the pandemic.”

The letter went on to say they “recall unethical examples of medical research. We remember the Tuskegee Syphilis Study, which misused and caused harm to African Americans and other people of color, undermining trust in health providers and caretakers.”

It is that history that many observers cannot get beyond. And pleas from college presidents for Blacks students to participate in the trials heighten the discord, said Dr. Alexis Ponder Calloway, a 2004 Xavier graduate, who is an emergency room physician in Atlanta and Seth Calloway’s wife.

“It’s definitely a complicated time for minorities,” she said. “Given the severe impact of Covid-19 on communities of color, it is understandable to want and need involvement in vaccination trials to ensure the population is representative of everyone. It’s difficult, however, to reconcile targeted recruitment. Everyone should have the freedom to do their own research, ask questions, and decide if participation is desirable on an individual basis without outside influences.”

Verret and Kimbrough insist they embrace the public ire, but they believe some of it is about politics because of the rush to furnish a vaccine by multiple companies. “We understand the pushback for different reasons,” Verret said, adding that the discussion around vaccine development has become as politicized as wearing a mask.

Verret stressed they were not making a political statement by participating in the trial, but instead they were making clear the need for Black people to be part of the effort to reach herd immunity. 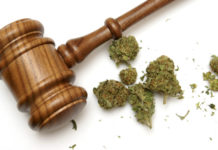 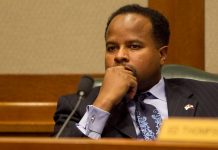 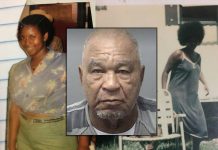 FBI: Inmate is most prolific serial killer in US history