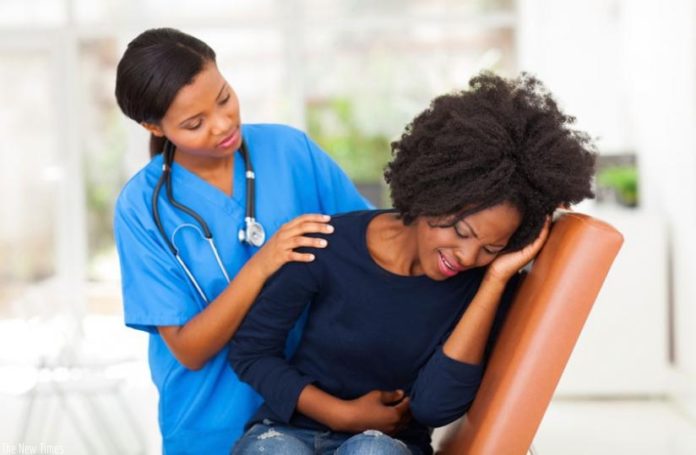 Tracy March, by all accounts, was in perfect health.  A single mother of a college student, March was described as the life of the party, the point person for office volunteer activities, and a dedicated mother and employee.  But like thousands of Americans each year, March fell victim recently to a blood clot, which traveled to her lungs and burst, killing her almost instantly.

While friends, family, and colleagues remain baffled by the sudden loss, they are steadfastly advocating blood clot awareness among District residents.

“Soreness in one of her legs was the only symptom she had until she became short of breath,” long-time friend Chuck Wise told the AFRO.  “When physicians said it was a blood clot, we still couldn’t understand it because she exercised regularly, she ate well, and she lived a pretty upstanding life.  Sitting too long, and maybe even, several long-distance flights she had recently taken, could be the blame.  We may never know.”

Each year in the U.S. nearly a million people suffer a venous thromboembolism (VTE), which includes deep vein thrombosis (DVT) and pulmonary embolism (PE). Blacks have a 30 percent to 60 percent higher incidence of either or both than other groups.  And while the culprit varies from genetic factors to inactivity, increasingly air travel, pregnancies, and sedentary work environments are being linked to the deadly blood clots.

DVT is the reason airline passengers are encouraged to move their feet, to keep blood from pooling and triggering clot formation. Symptoms, if any, are leg swelling, unexpected bruises, or a stabbing pain in an arm, leg, or the chest.  With PE, sudden death occurs when a clot, perhaps dislodged from a sleeping foot, gets stuck in an artery in a lung.

Additionally, while uncommon, new mothers are at an increased risk for developing VTE blood clots for up to 12 weeks after giving birth, according to a recent study from Weill Cornell Medical College researchers. The study discovered that 22 clot-related strokes, heart attacks, and clots in the legs or lungs occur within six weeks postpartum in every 100,000 deliveries, and another three clots occur in the next six weeks. After 12 weeks, the risk goes back to normal.

“The first symptoms can be sudden death or collapse. We can’t wait and watch. It’s truly a silent killer,” says lead study author Gary Raskob, PhD, dean of the College of Public Health and regents’ professor of epidemiology and medicine at University of Oklahoma Health Sciences Center in Oklahoma City.

Symptoms of Deep vein thrombosis (DVT) include: Unilateral swelling in a leg or an arm, pain or tenderness in the leg when standing or walking, increased warmth in the area that’s swollen or hurts, redness of the skin; and noticeable enlargement of the veins in the leg or arm.

Pulmonary embolism (PE) symptoms include: sudden shortness of breath, sharp chest pain aggravated by coughing or moving, back pain, cough with or without bloody sputum, excessive sweating, rapid pulse or rapid breathing, and lightheadedness or passing out.

Once diagnosed, clotting issues can be addressed through anti-coagulants.  Professionals and families impacted by clot-related deaths, insist Blacks be vigilant and persistent in having blood clots diagnosed. “Sometimes you must advocate for yourself and push your doctors to look for blood clots when your symptoms could read like asthma or other conditions that cause shortness of breath,” March told the AFRO.  “Ask for a risk calculation of blood clots and if you are a caregiver to someone who is in hospital, insist risk management for blood clots be assessed.  It is the difference between life and death.”