DefenderNetwork.com
Home LIFESTYLE Health Check On Your “Strong” Friend: Saving Yourself Or Someone Else From Suicide 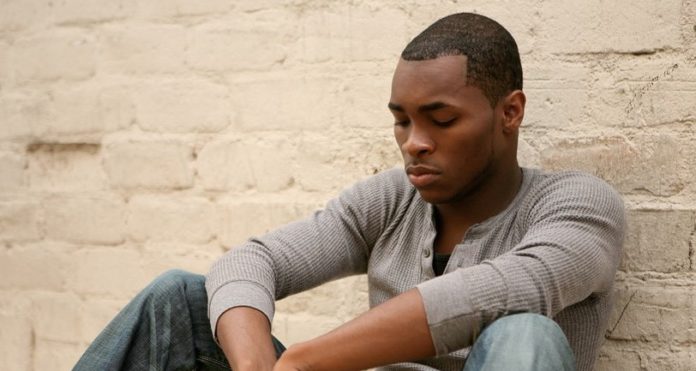 Fashion Icon Kate Spade and Celebrated Chef Anthony Bourdain shocked the world with their high-profile suicides this week, once again bringing the topic of suicide prevention to the national podium. The subject is on everyone’s minds today, as we all draw a little closer together in mourning, but it’s one that should constantly be in the back of our minds considering there is an average of 123 deaths per day caused by suicide.

The resounding sentiment stemming from Spade and Bordain’s deaths is that no amount of success or acclaim is enough to keep anyone from the risk of taking their own life or even battling suicidal thoughts. But what we can do is pay attention to those around us and our own internal dialogue so that we’re more aware of the warning signs of suicide and what actions to take to stop ourselves or someone else from killing themselves. Here are a few things to look out for.

According to The American Foundation for Suicide Prevention, people who attempt suicide often talk about killing themselves first. They may also talk about feeling hopeless and/or not believing that they have any reason to live. It’s possible that they may share feelings of being trapped or being in unbearable pain.

Suicidal ideation, which is either thinking about or planning a suicide, is obvious when it comes in the form of dialogue like “I wish I was dead” or “I should just kill myself.” But it’s also possible to have more passive, fleeting thoughts, such as fantasizing about what life would be like if you no longer existed or being indifferent about the thought of your passing.

One’s overall mood can also indicate potential for suicide. People who consider or attempt suicide can display depression, anxiety, irritability, and/or a loss of interest in things that they love. There are several screening tests available online for your own self-check in case you think you might be at risk.

PsychologyToday.com also has Depression Test that takes 20 minutes to complete. After taking the test, you will get a free snapshot report which includes a summary evaluation. Full and detailed results cost $4.95.

While solemn moods may indicate potential for suicide, an unexplained and sudden improvement in mood could mean an individual has already decided to take their lives and is therefore no longer burden by the things that led to their choice. Often times, this behavior is the final warning sign.

In terms of behavior, pay attention to feelings of withdrawal, such as not wanting to engage in activities one used to enjoy. Insomnia or persistent fatigue may also indicate depression and suicidal thoughts.

The National Institute of Mental Health reports that some of the more obvious signs of suicidal thoughts are:

As you assess the mental health of those around you, remember, it’s okay to ask for help yourself. Speaking to a professional is one form of help that can save your life. if you don’t know where to find help (or the idea of going to see a therapist in person is too much), TalkSpace.com provides online therapy and resources to connect you with a professional.

If you believe your loved one is considering suicide–or if you have thought it about it yourself–calling the National Suicide Prevention Hotline at 1-800-273-TALK (8255) can be the first step.