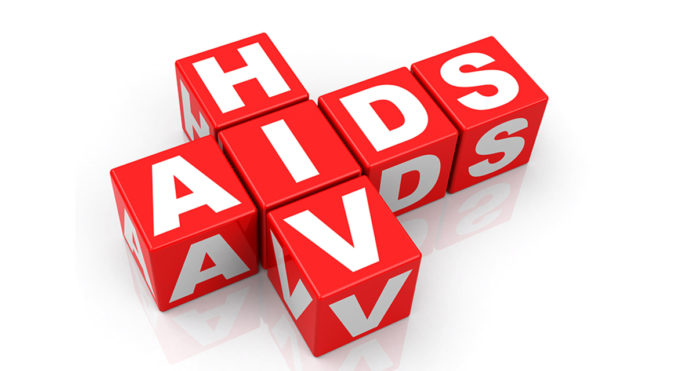 Knowledge helps us make informed decisions, especially when it comes to health. When it comes to HIV/AIDS, there’s still lots of dangerous misinformation out there. Whether it’s in a Facebook comments section, the barbershop or at our own dinner tables, there are  dangerous conspiracy theories that put everyone further at risk.

In honor of today being National Black HIV/AIDS Awareness Day,  here are seven myths that need to be debunked.

1. The “Down-Low” Is Why So Many Black Women Have HIV

We can thank the media and our own homophobia for why this lie continues. Let’s be clear: The down-low is not fueling HIV among Black women. Yes, there are men (Black, white and everyone else) who are not honest about their sexual orientation. But if we truly want to understand what’s behind our disproportionate HIV rates, look to the following: Having unprotected vaginal and anal sex with multiple partners or even one partner; high rates of incarceration that take men out of the mating pool and create a system of women sharing the same man; intravenous drug use; untreated sexually transmitted infections (STIs), which make people more vulnerable to contracting HIV once exposed to the virus; and people having unprotected sex who are aware of their status. Not to mention, gender inequality in relationships (i.e. who controls condom use) and lack of access to testing and quality health care.

if 87 percent of Black women contract HIV through heterosexual sex and it’s not the “down-low” fueling HIV, this must mean that straight dudes have HIV, too. The Centers for Disease Control and Prevention confirms this, estimating that more than 2,108 Black heterosexual men received HIV diagnoses (compared with 4,654 black women).

And while it’s biologically easier for a woman to contract HIV from a man, that doesn’t mean that men can’t contract it from women. It happens way more often than you think. During unprotected sex, the virus can enter through the tip of the penis or through a cut or abrasion. This risk becomes even more heightened if that man has an untreated STD. So yes, heterosexual men can contract HIV. It is not a “gay” thing.

3. You Can Tell If Someone Is HIV-Positive By Looking At Them

Can you tell if someone has other chronic diseases such as diabetes or heart disease? So why would HIV be any different? You can look “healthy,” pretty, fit and built and still be HIV-positive. If you’re serious about protecting yourself, stop using your eyesight as a prevention tool and start using realistic prevention methods.

4. Magic Johnson Was Never HIV-Positive Or He Is Cured

So let’s break down this two-parter: First, why would basketball legend Magic Johnson disrupt his promising basketball career to lie about having HIV, especially in 1991? Plus, over the past 25 years, he has been open about his HIV status, so why can’t we take the man at his word? In addition, just because he is still alive and healthy does not mean he is “cured.”

The reason why Magic has lived this long is because he is on a treatment regimen. And while his wife Cookie Johnson once told Ebony that her husband “was healed” of HIV, she misspoke. Magic is actually “undetectable” which means that the virus isn’t traceable in his blood thanks to medication. He is still HIV-positive and living a healthy life. If the NBA icon wouldn’t have had proper treatment, he might not be as healthy as he is today.

Anyone can contract HIV — grandmothers, church ladies, wives, husbands, you name it. Yes, the more unprotected sexual partners you have increases the likelihood, but there are people in alleged monogamous relationships who contract the virus because they stop using condoms. HIV is not a promiscuous disease.

6. The Meds Are What Kills You

Definitely back in the early days of the epidemic, AZT — a form of treatment — was practically the only medication out there for people living with HIV/AIDS. There were serious side effects and, which for some people resulted in death due to its toxicity. In 2018, the medications allow people to live normal, healthy lives. HIV nor the meds are a “death sentence.” Treatment doesn’t take lives, it saves them.

7. HIV/AIDS Is A Government Conspiracy To Kill Black Folks

We are fully aware of the Tuskegee experiments, the stealing of Henrietta Lacks’ cervical cells and the forced sterilization of Black women throughout history. Not to mention the water poisoning in Flint, Michigan to the devastating state and police violence that Black folks face — so, yes, there are plenty of reasons to distrust our government. That said, HIV/AIDS is not man-made. Most scholars believe the virus began in the 1920s. According to the AIDS Institute, “They believe that the chimpanzee version of the immunodeficiency virus (called simian immunodeficiency virus or SIV) most likely was transmitted to humans and mutated into HIV when humans hunted these chimpanzees for meat and came into contact with their infected blood.” The earliest known case of the HIV virus is in 1959 from a man in Kinshasa, Democratic Republic of the Congo.

So now that you have the real facts, hopefully because you know better, you’ll do better and spread the word.

Learn more about HIV/AIDS in Black America and how to protect yourself at CDC.gov.