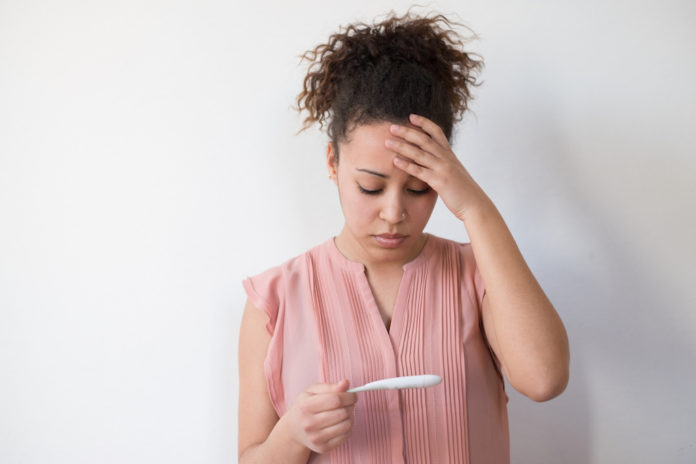 Study found blocking blood flow to growths worked for women who went on to conceive, have children

A simple procedure may help women who are suffering from fibroids—benign, muscular tumors on the uterus—without putting their future fertility at risk, a new study finds.

Uterine fibroid embolization blocks blood flow to fibroids to shrink them or stop their growth. But the technique isn’t recommended for women who plan to conceive since it previously had been unclear if the process blocked blood flow to the uterus. For this reason, the standard treatment for women hoping to preserve their fertility has been a myomectomy, or surgical removal of fibroids, even though UFE is an easier and less invasive method of treating fibroids.

“[We chose to do this study] because of the concerns about the effect of UFE on fertility and the likelihood of pregnancy after the procedure,” explained study author Joao Pisco, M.D., director of interventional radiology at Saint Louis Hospital in Libson, Portugal.

For the study, researchers performed a partial UFE, which only blocks the small arterial branches of the fibroids.

Study participants who had partial UFE had similar fibroid shrinkage compared with conventional UFE, plus an even lower complication rate, a higher pregnancy rate with live births and fewer complications.

The study included 359 women with fibroids who were unable to conceive. During six years of follow-up, 149 women who received UFE or a partial UFE got pregnant at least once. Of those, 131 gave birth to a total of 150 babies. It was the first pregnancy for more than 85 percent of the women who gave birth.

The results proved some of the fears of UFE’s side effects could be unfounded.

UFE could become the first-line treatment for women with fibroids who want to get pregnant, particularly those with multiple or very large fibroids, Dr. Pisco said.

Women who choose this method of fibroid removal are advised to wait at least six months following the procedure before attempting to conceive, due to the time it takes for the fibroid to heal or shrink.

This is welcome news for black women, who are three times more likely to have fibroids than white women. We also are more likely to be diagnosed with the growths at an earlier age, to have larger fibroids that grow quickly and to experience symptoms that significantly affect the quality of life, including some so severe they cause women to miss work.