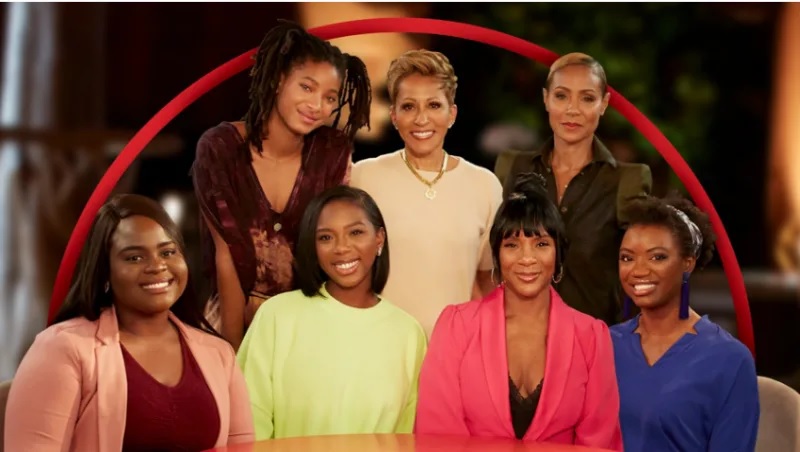 The ladies of Red Table Talk, Jada Pinkett Smith, Adrienne Banfield-Norris and Willow Smith, had an important conversation on their popular Facebook Watch show about colorism in the black community on May 27. The trio was joined by Jada’s lifelong friend Mia Pitts and her daughter Madison Miles to discuss their experiences with colorism throughout their lives.

Pitts revealed that others’ issues with her (stunning) skin tone were recognized during her time as a Knicks City Dancer when she was told an NBA player wouldn’t want to marry her because she was dark-skinned.

“We ultimately choose women who are lighter,” she recounts. “[My thoughts about my skin] [weren’t] full impact until I had [my daughter]…as she got darker, I was like ‘ooh ooh, this is a problem…’ I [didn’t] want her to have the same type of scenarios that I did, like never being told she’s beautiful.”

“The hatred of our skin tone is really just the overall picture of the hatred that we have for ourselves, and it’s so deep-rooted,” she continues. Jada chimes in, discussing that she experienced quite the opposite: she was picked on for being light-skinned.

COLORISM, through the lens of African American women, is our discussion this week at the table. The politics, prejudices, discriminations and myths around skin color amongst Black people runs deep and holds historical, painful wounds no matter which side of the spectrum you sit. Many dark skin people are considered “too black” while light skin people are considered “not black enough.” But today, our table is dedicated to the specific plight of our Beautiful, Dark Queens. This topic is delicate, painful and sensitive. Let’s be kind and gentle with one another as we reach for more understanding from all sides with this issue. STREAMING NOW. Join us❣️#redtabletalk THIS EPISODE WAS FILMED BEFORE COVID 19 WHICH IS WHY WE ARE NOT ADHERING TO SOCIAL DISTANCING REQUIREMENTS.

“I remember having plenty of conversations with [Banfield-Norris] and Aunt Karen about not revealing other heritage in my blood. It was like ‘you’re black and that’s it,’” she said. “Gammy” says in the chat that her grandmother, who grew up in Barbados, “definitely did not like dark-skinned people.” (“I remember when I was really little, we had neighbors who were very very dark, and she didn’t want us to play with them,” she recalls.)

As for Willow, she says that while she didn’t have negative feelings about her own skin tone, she did have a couple of issues about her hair texture, stating “[she] would look at [my cousin’s] hair and be like ‘I would be so much prettier if my hair wasn’t so kinky.’”

“This is the secret…even within [the black community], there’s division,” explains Madison, who gives an intellectual rundown about how colorism can present itself most prevalently within the black community. “‘We’re not supposed to bring it up…’ I know everyone gets annoyed when we say, ‘it begins with slavery,’ but that’s where everything begins.”

Elsewhere in the conversation, the group discusses the difficulties of navigating the world and the corporate world for dark-skinned men, skin-bleaching and more. It’s certainly worth the watch.