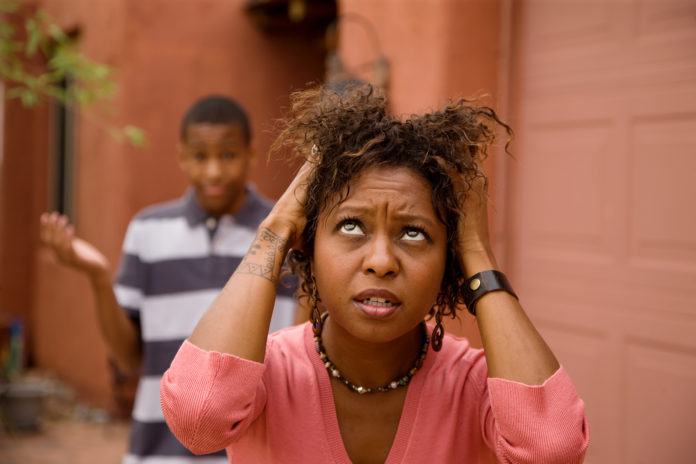 “You won’t be able to take these kinds of trips as often, but you’ll take different trips, and those can be great too,” was the honest advice my father gave me when I found myself in a very emotional second trimester a few years ago and facing what could very well be my last trip to Drake’s OVOFest ever. Before I actually became a parent one of my biggest fears is that I would no longer have time for friends or even fun in general. I thought my social life would become a mess of birthday parties, baby and me yoga and a TV that would eventually have some Disney Jr. image permanently burned into the screen. In all actuality, only some of those things are true. Becoming a parent for the first time will change your social life, but it doesn’t always have to be for the worst like some memes would like you to believe. Here a few ways that kids will totally change your social life, and sometimes for the better:

1. You’ll feel a sudden affinity for other parents.

Even before I had my own child, I was never very judgmental or condescending when I saw a parent peeling their hysterical kid from a store shelf of Twizzlers and or even a mom who was pushed to her breaking point abandon a cart in the middle of the Walmart checkout because her kid just can’t come to terms with the fact that he cannot get the damn Lego Ninjago. Now that I can relate to the nightmare that can sometimes be taking a toddler out in public, I also can appreciate and applaud the small wins that parents have with their kids in public. Just this morning I couldn’t help but notice a mom with a baby strapped to her front and a 4-year-old tucked in the window seat next to her. As we rode the mother pointed out the numbers on the train stops, discussed being safe on public transportation and proceeded to give her child detailed instructions on how’d they maneuver through the crowded car to the door at their stop. When we got to 30th street they all exited in only the graceful way a mom with two kids can during the morning rush. You know I had to give her a high five through the window right? Once you become a parent you have to count the small wins and if that means clearing a briefcase and a cane with your kids to safely get off at your stop so be it.

2. You’ll get unsolicited criticism AND compliments.

I’m sure you’ve seen parenting post and listicles alike about all of the unsolicited parenting advice that will come your way once you have a child both from folks who haven’t parented since In Living Color debuted and folks who have never parented a damn houseplant let alone a human being. But what parents may not have told you is that unsolicited compliments can be just as awkward as the unwanted advice. Because sometimes I just want to go to CVS to pick up my prescription, not spend twenty minutes with you offering my child your whole Hershey’s inventory because she’s so damn adorable. I promise you I don’t mean to be ungrateful, but it’s hilarious to me when strangers go on and on about how quiet and well-behaved my kid is after knowing them for three minutes when I know that as soon as we hit the parking lot she’ll go full “Caillou” and have a mini target practice with the pigeons and a fist full of M&Ms.

3. You’ll have to strategize going to ATM’s and gas stations.

There was a time when I thought drive-thru pharmacies and ATM’s were just about the laziest thing ever until I experienced the “joy” that is the three-point system car seat system. My daughter cried like Leo just floated away on an ice patch in front of a sinking Titanic when I was three feet away from her pumping gas last night. The crisis? She couldn’t see me and Elmo fell on the floor. There is no such thing as a “quick run” to do anything when you have kids in car seats. So you might as well pencil in getting gas in between getting your IUD inserted and doing your taxes. Trust me, it will require just as much planning.

4. You’ll have the best excuse to miss things.

Because your BFF can only be but so mad at you for skipping out on her birthday sushi dinner when your kid has a fever…of 100.2 degrees. The truth is they’re probably going to be OK and you’re probably just a flake, but being as brittle as a Hot Pocket crust is acceptable when you’re someone’s mom because hey, toddlers happen. I hate to break it to you, but you can only use your kids as an excuse for so long before folks begin to catch on that you’re actually just getting your Tony The Tiger on for stuff you rather not do and not necessarily Mother of The Year.

5. But now you don’t have an excuse to ditch the 7th level of hell that can be a kid’s party.

When you don’t have a kid you can totally get out of not looking like a complete awkward weirdo for attending a kids’ birthday party without an actual kid to accompany. Now that you have a mini-version of your DNA that can accept an invite, it gets really hard to decline on the germs, the chaos, the germs, the mess, the screaming, the crying and did I mention the germs? You’ll have to stock up on sick days because kids parties can be a great source for everything from salmonella to athlete’s foot.

6. People without kids will not understand the depth of understanding you’ll gain for kid culture.

One day you will wake up and know the all the words to  the Sophia The First theme song and completely blank on name of that really cute guy you crushed on in freshman biology and you won’t know WTF happened. You’ll obsess over how Chase and Marshall will rescue Chickaletta for the millionth time and watch Paw Patrol long after your kid settles down for a nap. Your toddler will skip around singing incomprehensible lyrics to Disney Jr. shows and you’ll know what she’s singing based off the first three notes alone while non-parents try to decipher the ditty you both seem to know so well. You’ll realize that you’ll never be young and fly again, but that Miles from Tomorrowland has the best hook ever.

7. They turn cheap movie dates into something you have to budget for.

Remember the good old days when movies were $1.00. OK, neither do I. Movies have always been pretty expensive during my lifetime especially since IMAX became a thing, so it’s all the more reason why you might want to budget and plan for taking your kids to see Captain Underpants this weekend. You might want to hit up your local Dollar Tree, find hiding places for snacks and practice your spiel about how the Reese Cups from the dollar store are the same ones they are going to charge you $3.50 for in the theater. Either that or be prepared to make it a Netflix night.

8. They’ll make all those activities you abandoned something you really enjoy again.

Bowling was about the most boring thing in the world to me, until last weekend when I was beat by a two-year-old in a toddler size 6 bowling shoe that I never knew existed, but was about the cutest thing ever. We were too busy trying to livestream her “I Did It Dance” to even register that this was an activity that we had done almost every weekend at some point, and now you couldn’t tell us we weren’t damn near ziplining over the Las Vegas strip.  Admittedly, toddlers will destroy any sense of a social life you had before you became a parent, but they have a really great way of making you look at the whole world for the first time all over again.