DefenderNetwork.com
Home LIFESTYLE Despite Dreams of Prosperity, Many African Americans not Financially Ready to Retire 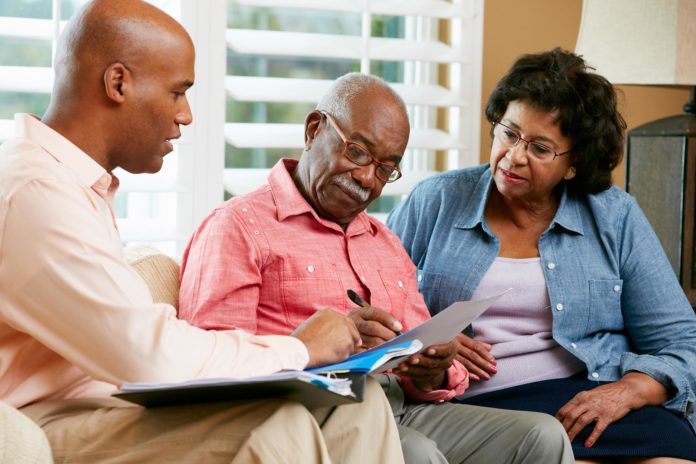 The nation’s leading public interest group providing seniors and others with information that empowers them to choose how they live, AARP, regularly publishes a retirement calculator that individuals and families can use to provide a personalized snapshot of what their financial future might look like.

One simply has to answer a few questions about household status, salary and retirement savings (such as an IRA or 401(k)), include information about supplemental retirement income (such as a pension or Social Security), and consider how long they intend to work to generate information that will inform their expected lifestyle as a retiree.

The tool is designed to help potential retirees determine the amount of money they’ll need to retire “when – and how – they want.”

Unfortunately for most African Americans, even the most sophisticated planning tools lead to the same result: retirement has fast become a pie-in-the-sky dream.

“As a whole, Americans are bad savers. But, I believe it’s worse for African American communities because they don’t have access to the right educational opportunities,” said Cory Chapman, the Managing Partner and CEO of EFC Wealth Management.

“Being raised by a single mom with three kids, I understand the struggle of just trying to pay the bills and get food on the table. Growing up, saving money was an afterthought and never discussed,” Chapman said.

A report published earlier this month demonstrated how African Americans, Latinos and other minorities will have a more difficult time calling it quits than white Americans.

The report, published on the financial website The Motley Fool, revealed that the troubling disparity in retirement readiness between white Americans and minoritiescan be explained largely by income and wealth disparities that persist throughout our lives.

“Caucasians didn’t lose as much wealth during the Great Recession and have recovered more of it, so white households now hold close to six times the wealth of African American or Hispanic households,” the report’s authors said.

Median earnings for white households recovered from the recession by 2016, but earning levels for both black and Hispanic households remained below 2007 levels.

Caucasians now earn close to twice as much as minority households do, according to The Motley Fool.

“The African American community is skeptical when it comes to saving,” Chapman said.

“Growing up, we were taught by our grandparents that we couldn’t trust banks and we were better off burying money in the backyard,” he said.

“We need to be teaching children about planning strategies to generate wealth. Retired African American clients that come into my office are still just trying to make ends meet,” Chapman said.

“They don’t feel like they can save money when they are trying to put their kids through college and help them buy a home or car. They are forgetting about themselves and their own retirement,” he said.

The most recent MassMutual State of the American Family Studyfound that there are differences in retirement planning among different cultural groups.

African Americans fall short on executing life-changing measures such as accumulating wealth, being better prepared for retirement and building up savings.

According to the American Family Study, 84 percent of African Americans believe the American Dream means financial security; 78 percent in not living paycheck-to-paycheck; and 77 percent in owning a home.

However, based on the study, many African Americans don’t have tangible assets needed to make those goals happen now.

The study revealed a disconnect between African Americans’ financial situations and their hope toward the future.

“At the same time, it sheds light on the financial struggles and inequities that the African American community continues to battle,” Taylor said.

“Those contradictions indicate a need for greater financial education and discipline for the whole family to achieve economic success. In fact, the biggest financial regret expressed by respondents was that they wished they had started saving and investing sooner,” he said.