DefenderNetwork.com
Home LIFESTYLE Relationships Has marriage and motherhood left you with a mental load? 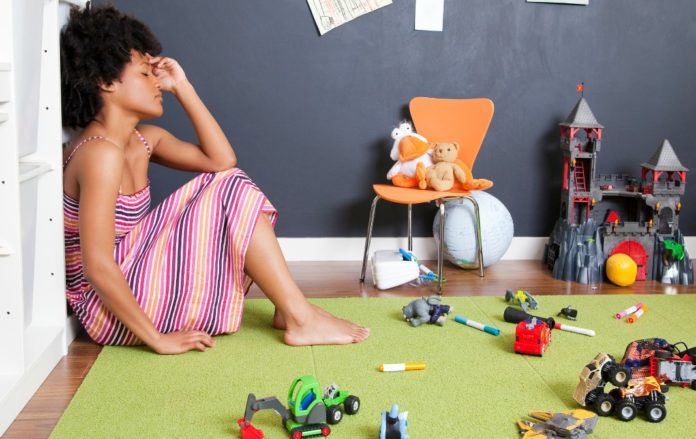 There’s no question that a marriage is a lot of work, but people tend to look at it in different ways. During my single years, one of my friends told me that marriage was “work, but fun work.”

After three and a half years of being married myself, I can attest to the fact that it can be a lot of fun if you marry the right person. Adding children to the mix can make your life even more fulfilling and rewarding. But if I’m being honest, the work also can be exhausting. Although it’s not a new phenomenon that both marriage and parenthood are tons of work, the reasons behind this stress and with whom it all lays on is not that widely discussed.

Normally, each person has a role in his or her marriage. One person might be better at paying the bills and paying them on time while the other is better suited to keeping the home in order. Since each marriage is different, the role or roles in which a person takes on should be tailored to their relationship.

With that being said, I can’t help but to assume, based on my own experiences and those of my peers, that women universally take on the same type of work in their relationship — the brunt of it. Even though the duties of wives and mothers are specific to their marriage and relationships, the effects of this role are the same: We are all tired AF.

This role is the manager or the COO of the household. We pretty much “run” the home. While it’s cute and funny to acknowledge that truth, it’s not that cute and funny to the women who are living it, daily. Let me define what the manager of the home does. They basically make sure that ALL things get done, efficiently. That means the children’s needs are met (doctors appointments, school affairs, getting dressed, hygiene needs, etc.), the house is kept clean, and food is made available (includes groceries as well as actually cooking or ordering in).

This does not mean that every woman does all of those things, but it does mean that she oversees the handling of these things and thinks about said things a lot.

I’ve had this responsibility since I’ve been married and it intensified after two kids, but lately, the intensity has swelled. Fortunately, I’ve pinpointed the cause, and it’s deeper than just chores. It’s the worry over whether or not I can get everything done. I have too much on my mind, making me mentally exhausted. It’s like having a series of tabs open in a web browser so as not to forget the many tasks that you have to complete, only for all of it to slow down your computer.

When I first told my husband that I was stressed due to the “many things on my mind,” aka, the weight I put on the many responsibilities I have, he responded with, “Well, don’t do half of them.” If I listened to him, things would likely fall apart.

I didn’t think this idea had a title other than “stress” until I saw a friend’s social media post. It’s called a “mental load.” A comic strip entitled “You Should’ve Asked” explains the concept of the mental load and the roles each party in a marriage play in it. Basically, it’s what happens “when a man expects his partner to ask him to do things.” It’s when one party takes on the brunt of the work and tasks in a relationship to the point that their partner thinks they’re ok with it, otherwise, the partner believes they would have asked for help.

As I read the comic, I realized that it described my life to a T. I had my husband read it and he didn’t quite grasp or agree with the concept, though. I think the word “feminist” at the very beginning of the comic made him slightly defensive from the start. With that being said, I came to the conclusion that it’s up to me to alleviate my stress — not anyone else. If I’m being honest, though, it hasn’t been easy. As of late, the only thing I have done to help alleviate any stress is write every single thing that I have to do down on either a Post-it note or my dry erase board. That frees some space in my brain, but unfortunately, I quickly find something else to fill it.

In order to stay sane and practice self-care, I am determined to find more solutions to help our household run smoothly without running myself into the ground. I also want to find ways to help my husband understand the struggle. However, I won’t try to figure out both at the same time. That’s how I got in this mess in the first place…

Are you a wife or mother going through similar issues? Do you have any suggestions that have worked and are working for you?