DefenderNetwork.com
Home LIFESTYLE Relationships The right and wrong ways to get your man to eat healthier 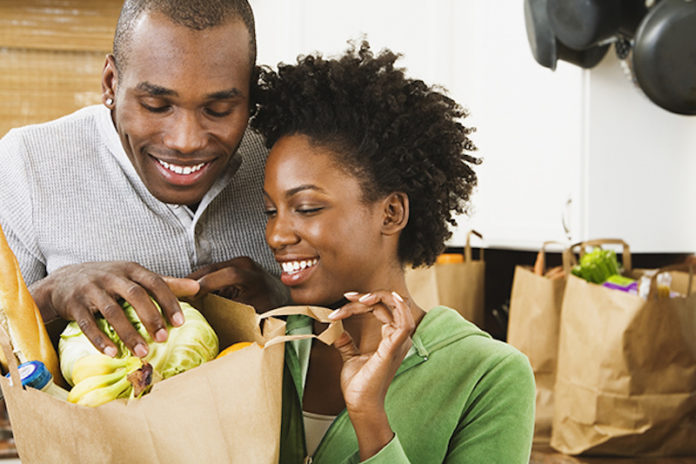 It’s admirable you care about your partner’s health, right down to his eating habits. Too many people are afraid to speak up if they see that their partner is harming their body through an unhealthy diet, which is a major shame since they could be the biggest inspiration for their significant other to shape up. Naturally, however, any time you want to encourage your partner to make some changes, there are right and wrong ways to do it. The right ways make them feel as if they aren’t being judged and make them feel loved and supported. The wrong ways can make them feel insecure, resentful of you, and discouraged. Just think about the times you’ve wanted to lose a little weight; you responded positively to the comments of some friends, and quite negatively to the comments of others. Here are the right and wrong ways to get your partner to eat healthier.

Do tell him how cute he is

Tell him, every chance you get, how totally scrumptious he is. You never want him to feel that your desire for him to eat healthier is linked to some declining attraction towards him.

Don’t make jokes about his diet

Don’t tease about the fact that you can hear his milk shake sloshing around in his stomach after sex, or how he’s going to turn into a tater tot if he keeps eating tater tots. How would you like such comments?

Do go grocery shopping with him

You can make a lot of natural adjustments to your partner’s diet if you simply go grocery shopping with him. Trust me; most men don’t even like to grocery shop so, if you take over this annoying task for him, you can probably take over the shopping list, too.

If your partner does toss cheesy pretzels in the shopping cart, don’t toss them out and say, “That’s not allowed.” He isn’t your child asking for candy. Just counteract the purchase with a healthy snack that he loves just as much.

Do give him something else to do at night

Whether that’s more sex, a board game, or inviting his friends over to watch something, give him something to do at night other than chomp down on chips and dip. A lot of overeating comes from boredom.

You can and should still enjoy ice cream nights and doughnut mornings together. Just turn these into special outings—plan them, get dressed in a cute outfit for them, and take your treat to a pretty park or spot with a view. Condition your partner to see these foods as special occasion foods and not every night foods.

Do turn the mirror around

This is a slight tough love move but worth a shot. Ask your partner how he would like it if you ate the way that he does. He’ll probably quickly see what he’s putting you through.

Don’t, however, begin to actually eat chili cheese fries three times a week like he does to make a point. Nobody will win like that.

You won’t have to do this forever; just until he develops healthier habits. But think about it; how is he going to make two frozen pizzas after you’ve already spent hours making a surprise healthy dinner for the two of you?

Don’t make him eat anything

Remember you cannot make your partner do anything he doesn’t want to do. And you shouldn’t have to do that. If your partner really, really wants his leftover nachos rather than the gorgeous spinach and salmon you made, you’ll just have to take a loss on this one.

Do praise him when he eats healthy

Show that you’re genuinely thrilled when he eats healthy. Why should he feel encouraged to keep going if you don’t even take notice when he chooses carrots and hummus over potato chips?

Don’t criticize him when he eats unhealthy

Don’t scold him if he’s already set up with his triple BLT and cup of ranch, on his TV tray, ready to watch the game. He shouldn’t feel afraid to do the things that make him happy.

Do give him the healthy stats

Stats on how people who eat healthy live long, have lots of energy, and may even keep their libido and their hair line for decades!

Don’t give him the unhealthy stats

You’re not here to terrify the guy; he doesn’t need to know about the way his favorite snack is rotting his insides.

It’s hard for him not to compare his food to yours when you’re eating grilled chicken breast on a bed of quinoa and kale with a side of butternut squash soup, and he’s eating half a bag of cheese poured into a tortilla. If you set the bar very high for yourself, he’s bound to at least try to reach it partway.

Don’t tell him, however, how few calories and how little fat is in what you’re eating and how terrible his food is. He knows, just by looking around. 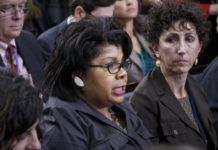 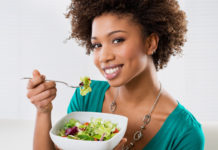 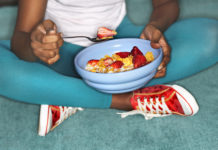