DefenderNetwork.com
Home LEAD STORY Why your teen should work this summer 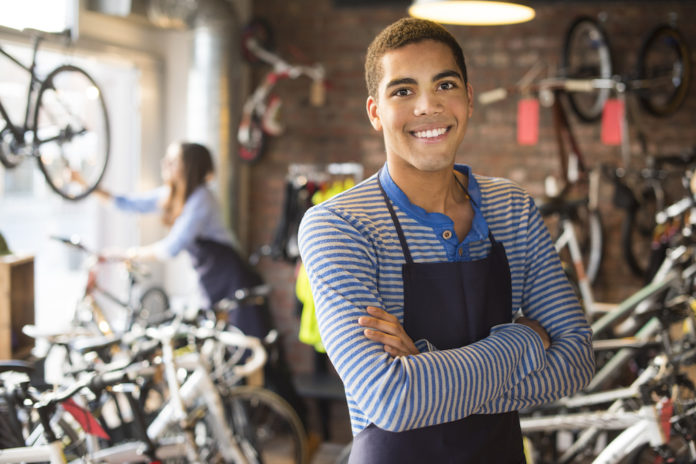 I just received an e-mail from a manager that I am now convinced doesn’t know how to make a proper schedule. Forget key elements like a chart or calendar of dates and time slots for who will be working when and where, he can’t even seem to grasp the simple communication skills of discussing with his team who is available or the ability to assign tasks accordingly.  This is a man who has a whole Master’s degree but I suspect has risen in the ranks based off his smile and women getting caught in the windshield wipers of his eyelashes when he asks them to do his managerial tasks while still getting paid a fraction of his salary. I learned how to make a schedule when I was a junior in high school managing an ice cream shop. Because when I was a teenager I spent my summers working and not perfecting my manipulation skills along with my make-up.

Maybe I’m risking sounding like Aunt Pearl here who speaks fondly of the fifties when families ate dinner at the table and went to Sunday morning service, but as I grow in my career I found myself more and more surrounded by people who lack basic critical-thinking and problem-solving skills. Not to mention that they have no concept of work-ethic like if you’re going to be late you call and let someone know out of consideration or if you know that organization’s annual fundraiser happens the first day of summer EVERY year, maybe not continue to plan your two-week cruise around that same time. I’m not saying anyone should be a slave to their job title, but at least make an attempt to be a team player.

You may have heard me question a few weeks ago where the work-ethic is among my fellow millennials. A recent Washington Post article reveals that the work-ethic may be missing because teens are no longer working to develop it. In fact, the number of teenagers who have some sort of job while in school has apparently dropped from nearly 40 percent in 1991 to less than 20 percent today, an all-time low since the United States started keeping track in 1948. Author Jeffrey J. Selingo cites that one main reason is that the job market just isn’t there for today’s teens like it used to be. After the recession of 2008, many adults found themselves underemployed in positions that typically went to teens like grocery store cashiers, fast food workers and retail associates. When faced with an adult candidate with a flexible schedule and no need to adhere to child labor laws and a teen who could only work certain hours doing certain tasks, many employers opted for the adult. Ron Lieber, author of The Opposite of Spoiled: Raising Kids Who Are Grounded, Generous, and Smart About Money, states that to most employers, even the most unqualified adult will almost always be more attractive to employ than a minor who can only work certain evening hours and may need to take breaks for school:

What employer wants an employee who can only work during the day for a few weeks a year?”

Lieber also says we may be seeing a new generation of parents who have over scheduled their children with academic and extra-curricular activities, and earning income as a teen seems to be an afterthought. But Selingo says that the negative outcomes of teen employment are tied less to being employed and more to how often and how long. Typically anything under 20 hours doesn’t tend to have a huge impact on a student’s studies.

I’ve worked since I was 14-years-old and I can say with confidence that serving Blizzards upside down at Dairy Queen and restocking cucumber melon candles on the shelves of a Bath and Body Works provided me with more transferable skills than any academic program ever did. I learned about communication and compromise by simply sitting down with my little ice cream parlor staff and figuring out a schedule that worked well for all of us. I must say it’s the reason I’ve avoided a lot of miscommunication in my career because I’m able to approach people in tense situations without being confrontational or hiding behind an e-mail signature. There was a time I worked three jobs and traveled between three different counties and gained the skills of time management and a better sense of direction as I navigated Bucks County, Philadelphia and everywhere in between. I learned how to interact with people in different neighborhoods from different backgrounds and most importantly I learned how to balance my pride as an employee with the humility to not burn bridges with certain employers even in the worst of situations. According to Selingo, skills like these are the very things that set apart certain candidates when it comes to interviewing for more professional positions later in their careers. He spoke with Sarah Brubacher, former head of Ebay’s university program who said most employers usually can tell right way whether a recent college grad had work experience in the past or not:

“First-timers come to the job with a little too much self-confidence, asking what you can do for them.”

Brubacher ain’t never lied. I’ve witnessed grads who are only a few weeks past their graduation send e-mails to prospective employers to tell them they would no longer like to be considered for the position because the employer took longer than two weeks to get back to them about a second interview. I’m a big supporter of the idea that people should seek formal education not just for the purpose of job-seeking (although I get it we all want to be able to afford name brand paper towels) but just to be cultured, well-informed individuals. I also stan for the fact that being educated isn’t necessarily equivalent to having a degree. When I graduated I knew that my degree might get me in the building to pursue certain careers, but I never thought my degree entitled me to special treatment and I knew I’d need some experience and willingness to get my “Drake” on and start from the bottom to build character and competency. But then again, these were lessons I learned from slinging soft serve and peddling body wash and not from sitting in someone’s classroom being told I was a “special snowflake”.

I don’t want the first time my child learns about work ethic is when she’s fresh out of college applying for her first entry level position. Granted, the skills that I learned to do my job came from the books, but the ways I learned how to keep a job came from witnessing two parents who got up and went to work every day even when they didn’t want to or held their tongues in the face of a subpar supervisor and waited until they got home to list all of their grievances. It also came from doing a few no calls no shows as a teen because I wanted to visit my boyfriend’s dorm 2 hours away despite being scheduled for work and returning to employers who were disappointed but believed in me enough to not fire me. It came from an employer who allowed me to sell soft-serve in the middle of January because he knew I needed money for college despite the fact that he hadn’t turned a profit in months.

So now that I’m a parent, I get it. I don’t want my daughter slaving away her youth picking up bras from the junior department floor and being distracted from her studies.  I also get that those jobs may not be as plentiful because a whole generation has been forced to settle for less because they’re still paying off student loans for career prospects that universities promised that never came to fruition. But I also understand that work ethic can come from something as simple as showing up to cut your neighbor’s grass every other Sunday. Summer breaks are great and I want my daughter to enjoy as many of them as she can before her adult years shut them down, but professionalism isn’t something that’s seasonal and if what she learns washing cars for the summer gets her a company car down the line, I’m all for it.