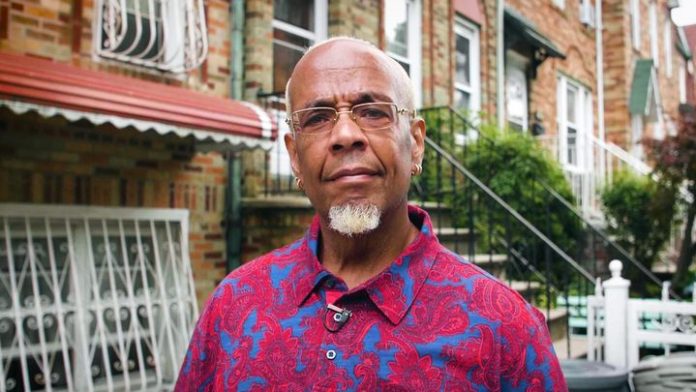 “You could become a brain surgeon or you could be a bathroom cleaner — it doesn’t matter. Once you come into my home … you’re my kid for life,” said Guy Bryant, who has dedicated his life to young people in need.

Bryant’s experience has taught him that a physical home, trust and stability are crucial factors in raising children to be successful. He grew up in Brooklyn, New York, where his mother and aunts shared a brownstone with three floors. Bryant remembers running throughout the house alongside his cousins and other people from the neighborhood. He said he had a good childhood, doing all kinds of activities within the community.

“There’s definitely a connection. My family was always willing to help other people. Especially one of my aunts. She was on a community board. So if there was a youth in trouble, she would always try to help him,” Bryant said.

Having grown up in a community-oriented family, Bryant said his adulthood turned out to be no different. In his early 20s, he began a job as a paraprofessional educator for the New York Board of Education and eventually became a house parent for an all-boys group home in Queens. He worked there for 10 years before the city handed the facilities off to private agencies.

Today, Bryant’s work at the Administration for Children’s Services focuses on a specific group of young adults: 18- to 21-year-olds who have recently aged out of foster care. The program, called Supervision to 21, locates these youths and provides services such as housing, employment and access to mental and physical health care.

“It’s a big population,” said Bryant. “There’s definitely a need for the services because what happens is when a youth gets 18 years old, a lot of times they feel like, ‘I can do this.’ Most of the kids, they can’t admit who they are. Their identity is lost somewhere between the home they’ve lived in and the other 10 foster homes they might have lived in.”

In 2007, one of the young men in Bryant’s caseload asked him a question: “Will you be my father? Will you take me?” After some thought, Bryant decided to take the chance.

But he didn’t stop there. Bryant also decided to foster the young man’s friend, as well as the friend’s brother. Before Bryant knew it, he had nine young men in his home and rented the floor above his apartment to have additional space.

Bryant initially had some trepidation about being a foster parent, especially as a single dad.

“Some of my fears were this: People say, ‘Why is this man doing this?’ People always think you have ulterior motives, not understanding who I am,” he said.

Having fostered more than 50 young adults, Bryant has found that he gains their trust by spending more time with them and ultimately getting to know them better. He plans fishing expeditions a few times a year and sometimes cooks meals with the young men, developing bonds over time.

“The difficult thing about building trust is their past interactions with adults. If I can get you to engage in conversation with me about how you’re feeling and what’s going on, then that right there, my job is done. They constantly need to be reinforced that ‘I am here. I am going to do what I say.’ My kids will tell you whatever I say, I’m going to do for you. I always do it because I don’t want you to look at me like one of those adults who let you down,” Bryant said.

Bryant has zero plans of retiring anytime soon, especially when he sees so many children still in need of a place to call their own.