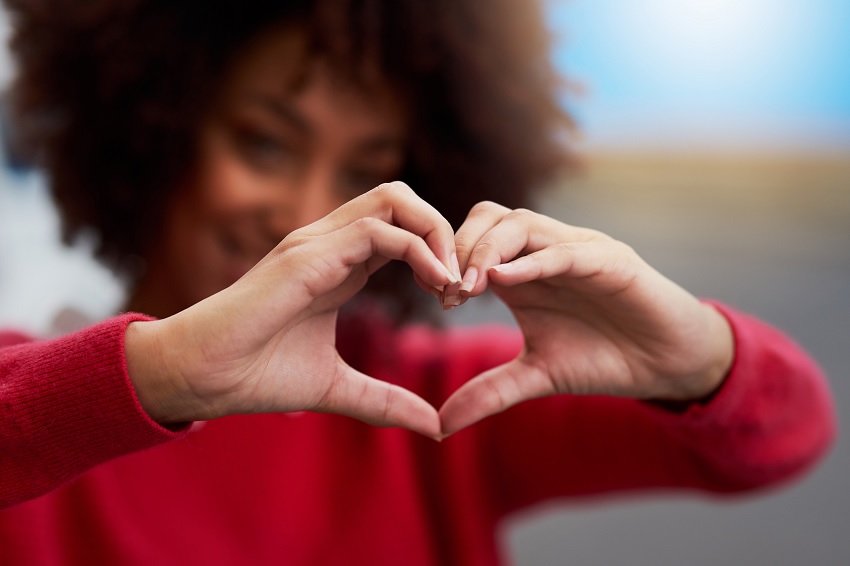 Feeling optimistic, that you have a sense of purpose in life and that you are in control of your environment – characteristics of psychosocial resilience – are associated with having better cardiovascular health among Black adults, independent of neighborhood context, according to a study published today in Circulation: Cardiovascular Quality and Outcomes, an American Heart Association journal.

Highlighting a relatively understudied area of research, this study shows that psychosocial well-being, or resilience, may positively affect cardiovascular health among Black people.

One known factor that negatively impacts health in the Black community is the neighborhood itself, as people living in neighborhoods with more socioeconomic disadvantages have higher rates of heart attacks, strokes and deaths from these factors.

Living in a neighborhood with fewer or limited socio-economic resources is recognized as one of a number of social determinants of health, which are factors that may affect one’s risk of cardiovascular disease.

“Cardiovascular health differences between Black and white Americans have been documented for decades; however, individual factors within Black Americans that might contribute to better cardiovascular health are not well understood,” said Tené T. Lewis, Ph.D., FAHA, a clinical psychologist and associate professor of epidemiology at the Rollins School of Public Health at Emory University in Atlanta, and one of the principal investigators of the study. “Almost everything we know about Black Americans and their health focuses on deficits, yet we really need to begin to identify strengths. Understanding which strengths matter most for Black Americans – and under which contexts – will allow us to develop the most appropriate and applicable public health interventions for this group.

Researchers recruited 389 adult volunteers with no prior history of CVD (ages 30-70, 39% male) who self-identified as Black or African American, living in the greater Atlanta region, as part of a substudy in the American Heart Association-funded Morehouse-Emory Cardiovascular (MECA) Center for Health Equity study. The MECA Study of 1,500 Black adults, conducted from 2016-2019, investigated socioenvironmental and individual behavioral measures that promote resilience to cardiovascular disease in Black adults by assessing biological, functional and molecular mechanisms in the greater Atlanta, metropolitan area.

Participants completed multiple standard questionnaires during in-person interviews that gauged their psychosocial health. The questionnaires were focused on their perceptions of control over their own environment; whether they feel they have a sense of purpose in life; their level of optimism; and assessing coping skills and depressive symptoms. Participants also received physical examinations and blood analysis. People with prior cardiovascular events, human immunodeficiency virus, lupus, cancer, substance abuse, psychiatric illness, or who were pregnant, or nursing were excluded from the study.

The psychosocial and physical data of participants were compared to the corresponding neighborhood data on heart and stroke disease and deaths rates according to the 2010 U.S. Census Tract.

Among the study’s limitations are that the small number of participants were from a single city, therefore, the results may not be generalizable to Black adults across the U.S. or in other countries. The study also did not assess structural characteristics of the neighborhoods, such as walkability or access to food, or environmental factors like air pollution. Further research is needed to examine the factors within a community and how, together with and compared to other social determinants of health, they impact psychosocial well-being and overall health in Black Americans.

“As a result of the heartbreaking consequences of COVID-19 and the inhumanity of George Floyd’s death, we are having a national conversation about the ways in which structural and interpersonal racism have shaped Black Americans’ lives and deaths,” Lewis added. “More studies like this are necessary to fully understand the factors that promote better health for Black Americans, who are, based on current numbers, at the highest risk for COVID-19 as well as cardiovascular disease. With this information, we can create new systems of support and care that can lead to improved psychosocial resilience, which could, in turn, improve health outcomes.”

They note the study “… complements the existing data describing LS7 [Life’s Simple 7] among Black individuals by adding the association of resilience with health outcomes. Few studies of resilience have focused on Black individuals.” While they noted several limitations of the study, they support that its findings “… underscore the importance of psychosocial support and empowerment for Black patients at risk for developing CVD. However, the factors that moderate the relationship between resilience and cardiovascular health have yet to be defined.”

Notably, Johnson and Magnani comment, “Although resilience techniques can be taught, to do so requires intentional acknowledgement of the conditions and experiences from which the adversity originated. The community context in which resilience thrives not only includes psychosocial well-being. Economic well-being and health care accessibility are needed as well. Eliminating disparities in cardiovascular health will require community-engaged partnerships based on common goals to provide care and to rebuild health care systems. We advocate for promoting health equity and social justice first, thereby rendering interventions to bolster resilience unnecessary.”