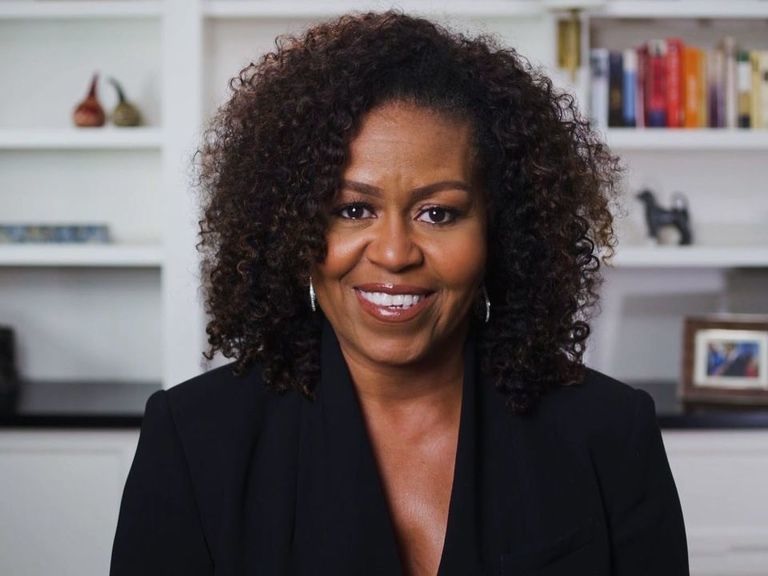 Former first lady Michelle Obama is making a push to register voters 100 days out from Election Day, saying in a new video message out Sunday that the “election could not be more important for the future of our country.”

“We’ve only got 100 days left … and we’ve got to direct every ounce of energy we have into making sure everyone we know understands the importance of their voice and their vote,” Obama said.

Obama’s message was released by When We All Vote, a nonpartisan organization committed to voter registration she co-chairs, which has an overarching goal to decrease the race and age gap in voter participation.

The coronavirus pandemic poses new challenges to voting and voter outreach efforts. In response, this spring When We All Vote implemented digital voter registration techniques to use ahead of November. The organization also supported a mail-in voting push meant to help alleviate pandemic-related challenges to voting in person on election day.

Due to the coronavirus pandemic, nationwide there has been a dip in voter registration and When We All Vote is working diligently to help fill the gap as a digitally focused organization. When We All Vote is meeting eligible voters where they are through virtual events, digital grassroots organizing and strong community and corporate partnerships.

The results of this work include:

The announcement urged everyone to register to vote, and sign up to help get their community registered now and during the Week of Action in September today at weall.vote/100days.

Obama on Sunday also announced that When We All Vote will host a “Week of Action” this September.

“With everything that’s been going on this year, this election could not be more important for the future of our country,” Obama says in her video message.

Over 15 million young people have turned 18 since the last presidential election.

Valerie Jarrett, board member of When We All Vote and former senior adviser to President Barack Obama, said she recognizes young people as a “huge swath of the electorate,” and “given how close elections tend to be in our country, they could have a tremendous impact on the outcome of not just the presidential race, but congressional races [and] local elections.”

Over the past few months, When We All Vote’s digital outreach has included virtual house parties to talk about voting, collaborations with other voter registration organizations to mobilize young voters including Rock The Vote and Voto Latino, and youth-led initiatives in students’ own communities.

During the first few weeks of quarantine, Gabrielle Forbes, a senior at Dr. Michael M. Krop Senior High School in Miami, joined a group of students from different schools in the Miami area focused on voter registration initiatives in their neighborhoods.

The group of students from Miami is a part of the larger When We All Vote’s “My School Votes” program, which launched in July 2019 and aims to equip high school students, teachers, and administrators with voter registration and engagement programs.

Forbes and the Miami student cohort, which has now convened students from schools all over Miami Dade County including a pair of students from rival high schools, brainstormed effective ways to reach their peers and landed on a DM registration campaign to engage voters.

Since starting the campaign, the students have sent more than 1,000 DMs per week in Miami Dade County alone, Forbes said.

“All that good work you’ve been doing—all the outreach … the voter registration parties … the efforts to make sure no American has to choose between their health or their vote on Election Day—that work is more important than ever before,” Obama said in her message, speaking to the voter engagement work that young people have been doing all summer long.

At 17 years old, Forbes is unable to vote this November. But she said that not being able to vote has nothing to do with her ability to make sure other people vote and feel empowered to cast their ballot in person or by mail.

Forbes noted that she is part of a series of weekly national calls with new When We All Vote student ambassadors from across the country.

Forbes called the network of ambassadors “a family,” and shared her excitement in having met students from all over whom she would have never interacted with had it not been for the virtual nature of this summer’s voter registration initiatives.