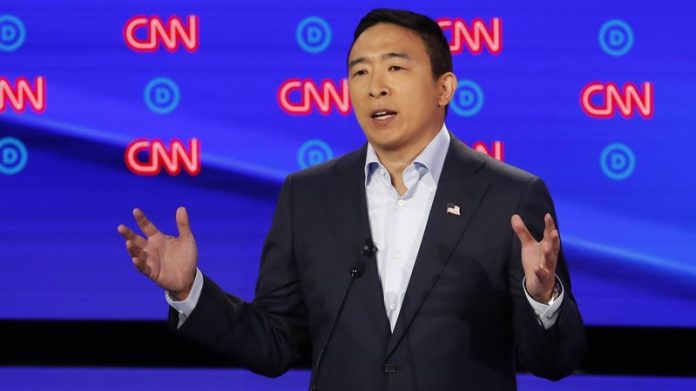 Entrepreneur Andrew Yang is the ninth Democrat to qualify for September’s next presidential primary debates.

Yang crossed the threshold on Thursday after a Monmouth poll in Iowa put him at 2% support. He had previously hit the donor requirements of 130,000 unique donors from 20 different states. His campaign had said he qualified outright based on an earlier poll, but the Democratic National Committee said it wouldn’t count that poll.

Who Qualifies For The September Debate?

Candidates must meet both a polling and a fundraising requirement: reaching at least 2% in four DNC-approved separate national or early state polls released from June 28-Aug. 28, in addition to getting donations from a minimum of 130,000 unique donors, including 400 unique donors in 20 different states. 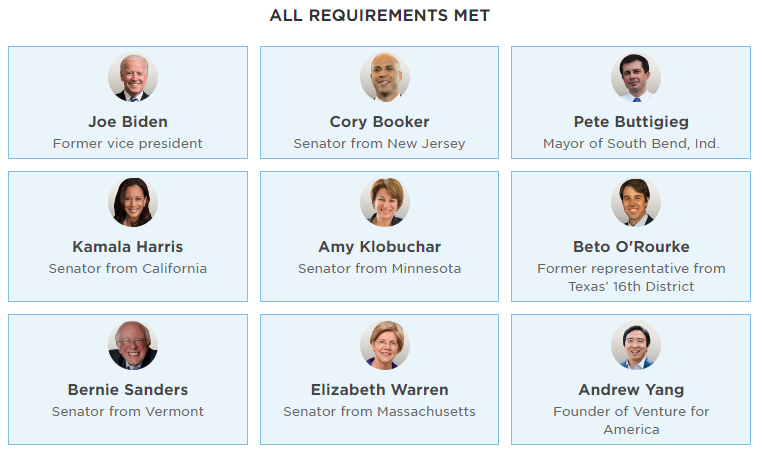 Yang has gained surprising momentum in the crowded field, edging out senators, governors and members of Congress for a coveted spot in next month’s debate in Houston, which will be moderated by ABC News and Univision. Yang has campaigned on a “Freedom Dividend,” which would give every American adult $1,000 per month to combat the automation of jobs. He has touted his nerdiness as an asset, quipping in the July debate that “the opposite of Donald Trump is an Asian man who likes math.”

Former HUD Secretary Julián Castro remains next closest to qualifying — he has hit the donor marks but still needs one more poll before Aug. 28 to register the required 2%, and in the Monmouth Iowa survey he received less than 1%.

Billionaire activist Tom Steyer, who announced just last month he was running for president after first passing on a run, hit 3% in the Monmouth poll, which means he also now has three qualifying polls where he has registered at least 2% support. But because of his late start, he still hasn’t hit the fundraising marks. However, the wealthy executive — who has already spent millions on a campaign designed to pressure House Democrats to back impeaching President Trump — is spending heavily to try to get there, asking for just $1 donations to help him qualify for the debates, given that he intends to self-fund otherwise.

New York Sen. Kirsten Gillibrand also hit 2% in the poll, marking her first qualifying survey. Both Hawaii Rep. Tulsi Gabbard and former Colorado Gov. John Hickenlooper have qualified in one poll as well, but only Gabbard has hit the required donor benchmark.

But with Castro inching closer and possibly even Steyer, more than 10 candidates could qualify — meaning there could again be two debates spread across two nights instead of just one. According to the DNC, both Sept. 12 and 13 are reserved for now.