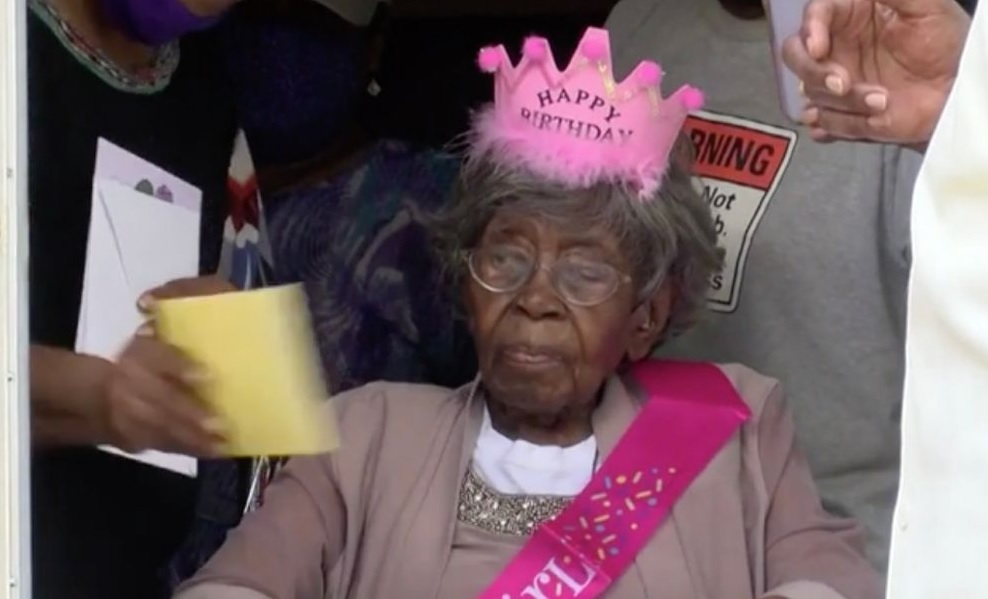 Hester Ford, reportedly the oldest living person in the U.S., has celebrated her 116th (or, perhaps, 115th) birthday while in quarantine.

The Charlotte, NC celebrity and her loved ones honored her in a drive-thru birthday bash on August 13 prior to her official birthday on Saturday (August 15).

“We just thank God for just keeping her here for us, because it gives us hope,” Mary Hil, Ford’s granddaughter, told CBS Charlotte. “We would never want her to be here if she was sick. … We want her to have a great quality of life in her elder years. We don’t want her to be sick or anything, and trying to hold on.”

As far as what is Mrs. Ford’s secret to longevity: “I just live right, all I know.”