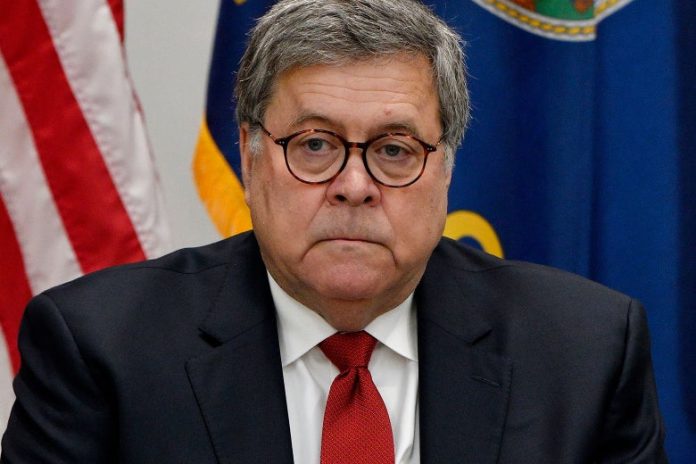 Attorney General William Barr announced Monday that there will be a “significant escalation” from the government against “sanctuary” cities, counties and states, including lawsuits against localities opposed to the Trump administration’s hard-line immigration policies, The Hill reports.

The administration is attempting to crack down on local and state governments that have pledged to protect undocumented immigrants from deportation. Barr announced lawsuits against the state of New Jersey and King County, Wash., which includes Seattle.

“Unfortunately, in various jurisdictions, so-called ‘progressive’ politicians are jeopardizing the public’s safety by putting the interests of criminal aliens before those of law-abiding citizens,” Barr said.

“These policies are textbook examples of misguided ideology triumphing over commonsense law enforcement,” he added.

Barr, speaking at the National Sheriffs’ Association 2020 Winter Legislative and Technology Conference, said the department is “reviewing the practices, policies and laws of other jurisdictions across the country” to see if they follow laws banning the “harboring or shielding” of undocumented immigrants, Axios reported.

The administration’s suit against New Jersey will attempt to prevent states from enforcing law that stops them from sharing information about criminally charged undocumented immigrants with federal authorities. The King County case will fight a law that bans the Department of Homeland Security “from deporting aliens from the United States through the county airport,” according to Reuters.

He added the department will be “meticulously reviewing” the actions of district attorneys who he said have been “charging foreign nationals with lesser offenses for the express purpose of avoiding the federal immigration consequences,” according to media reports.

President Trump also highlighted sanctuary jurisdictions in his State of the Union address last week, specifically calling out California and New York, specifically a case of a New York man charged with raping and murdering a 92-year-old woman.

“The killer had been previously arrested for assault, but under New York’s sanctuary policies, he was set free. If the city had honored ICE’s detainer request, his victim would be alive today,” he said.

Research shows that “sanctuary” localities are actually safer that similarly sized ones that cooperate fully with federal immigration authorities, but Barr’s Monday announcement underlines that the Trump administration will seek to rein in states and cities that oppose its decisions.

The Department of Homeland Security announced last week it has blocked New York residents from enrolling in Global Entry and other Trusted Traveler Programs after the state’s new law allowing undocumented immigrants to get driver’s licenses went into effect.