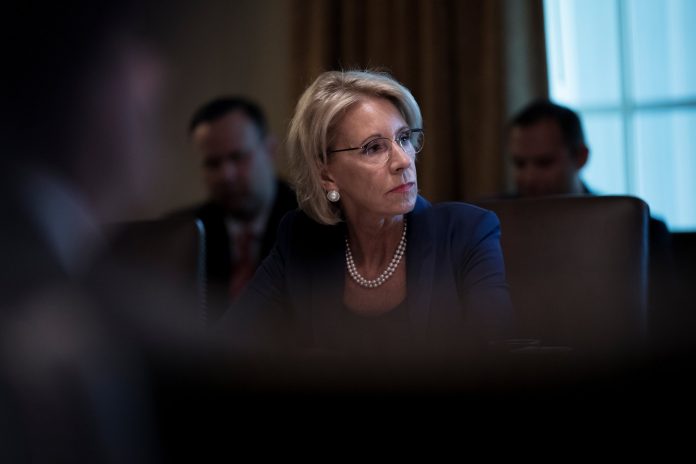 The Education Department is considering whether to allow states to use federal funding to purchase guns for educators, according to multiple people with knowledge of the plan.

Such a move appears to be unprecedented, reversing a longstanding position taken by the federal government that it should not pay to outfit schools with weapons. And it would also undermine efforts by Congress to restrict the use of federal funding on guns. As recently as March, Congress passed a school safety bill that allocated $50 million a year to local school districts, but expressly prohibited the use of the money for firearms.

But the department is eyeing a program in federal education law, the Student Support and Academic Enrichment grants, that makes no mention of prohibiting weapons purchases. That omission would allow the education secretary, Betsy DeVos, to use her discretion to approve any state or district plans to use grant funding for firearms and firearm training, unless Congress clarifies the law or bans such funding through legislative action.

“The department is constantly considering and evaluating policy issues, particularly issues related to school safety,” said Liz Hill, a spokeswoman for the Education Department. “The secretary nor the department issues opinions on hypothetical scenarios.”