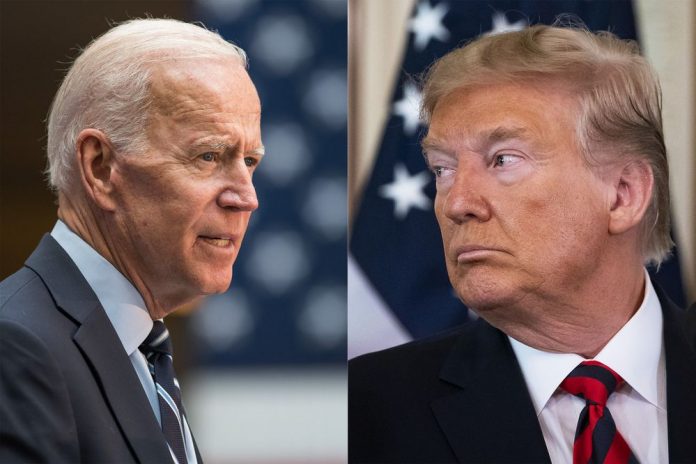 The damning ads, shared exclusively with theGrio, take aim at Trump’s recent refusal to condemn White supremacists during Tuesday’s presidential debate, including telling the alt-right group Proud Boys to “stand by,” and in another, Trump comparing the police shootings of unarmed Black men to a “choke” in a game of golf.

“But they choke, just like in a golf tournament, they miss a three-foot putt,” says Trump in the ad before Ingraham quickly interjects, “You’re not comparing it to golf?”

“Only in Donald Trump’s head is shooting a Black man the same as a game,” the ad reads. “They choked? … This is not a game.”

Another ad titled, “Condemn,” targets Tuesday night’s debate when moderator Fox News anchor Chris Wallace asked Trump to publicly condemn White supremacists. As heavily reported in its aftermath, Trump struggled to outright condemn neo-Nazis or White supremacist groups, instead only telling Proud Boys, which has been labeled a hate group by the Southern Poverty Law Center, to “stand back and stand by.”

The ad then goes to a flashback to Trump’s infamous 2017 remarks in which he appeared to defend hundreds of neo-Nazis and White supremacists in Charlottesville, Virginia who violently protested, and ultimately killed Black Lives Matter protester Heather Heyer. “But you also had people who were very fine people on both sides,” Trump said in a news conference days later.

Trump’s refusal to condemn White supremacists at the debate was quickly rebuked on Wednesday by Democrats and TV pundits. It was also slightly criticized by Senate Republican majority leader Mitch McConnell, who called it “unacceptable,” and less forcefully Sen. Tim Scott, the only Black Republican in the U.S. Senate, who suggested that Trump possibly “misspoke” and called for him to “correct it.”

The newly launched ads from the Biden campaign are two of five national digital ads targeted in key battleground states — Pennsylvania, Wisconsin, Michigan, Florida, Georgia, Ohio and North Carolina. The others focus on personal testimonies from Black voters in Rocky Mountain, North Carolina — Pastor James Gailliard and Celeste Beatty — who make the case for Biden’s candidacy and his ability to handle the coronavirus pandemic and unite the country after years of violent tensions over race in America.

In another ad, hip-hop star Jeezy urges the importance of voting in the upcoming election on Nov. 3 . “There’s nothing more important right now in this world than our voices being heard,” the Atlanta rapper says, “Because if you are out here marching in these streets, exercising your rights, you need to exercise your right to vote too.”

In a statement provided to theGrio on the new campaign ads, Kamau Marshall, Biden’s director of strategic communications, said “President Trump has been in office for nearly 4 years and the results have been devastating for Black Americans. Trump continues to make more empty promises. Black voters won’t fall for it. While President Trump fans the flames of race and division, Joe Biden and Kamala Harris will bring Americans together to advance racial equity and root out systemic racism.” 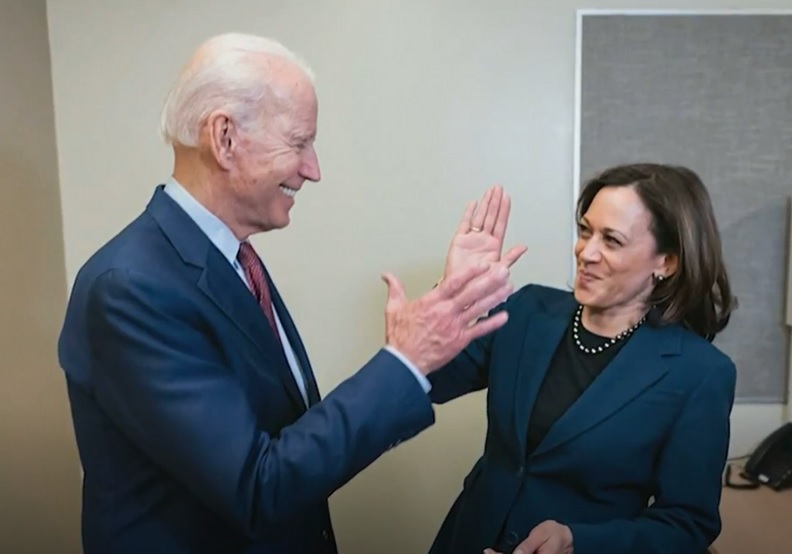 Since launching his then-long shot bid for the White House in 2016 — in which he called Mexicans criminals and rapists and asked African Americans “what the hell do you have to lose?” — the Trump team has fought against claims that he is racist, or at the very least, a sympathizer for White supremacists. During Trump’s first term, Democrats and activists called him out for what they saw as racist policies, including his travel ban that exclusively targeted Muslim countries, his family separation policy at the border, and even reportedly calling Haiti and African nations “shithole” countries during a meeting on immigration.

For his part in reaching Black America, Biden has released several policy plans aimed at supporting the needs of the community, including Lift Every Voice: The Biden plan for Black America and The Biden Plan to Build Back Better: Advancing Racial Equity. Both plans seek to address racial inequities in various areas including health, the economy, education, housing and voting.

With less than 40 days left until Election Day, the Trump campaign announced last week his “Platinum Plan” which would supposedly invest $500 billion in Black communities. The plan also claimed that the Trump administration would “prosecute the KKK and ANTIFA as terrorist organizations and make lynching a national hate crime.”

“Now with [33] days to the election, Trump is making more empty promises. Black voters won’t fall for it,” Marshall, of the Biden campaign, said in a statement to theGrio. “They know that Vice President Biden and Senator Harris are the candidates in the race with a real plan to create jobs, address racial equity, close the racial wealth and income gaps, and lower health care costs. And, while President Trump fans the flames of race and division, Joe Biden and Kamala Harris will bring Americans together to advance racial equity and root out systemic racism.”