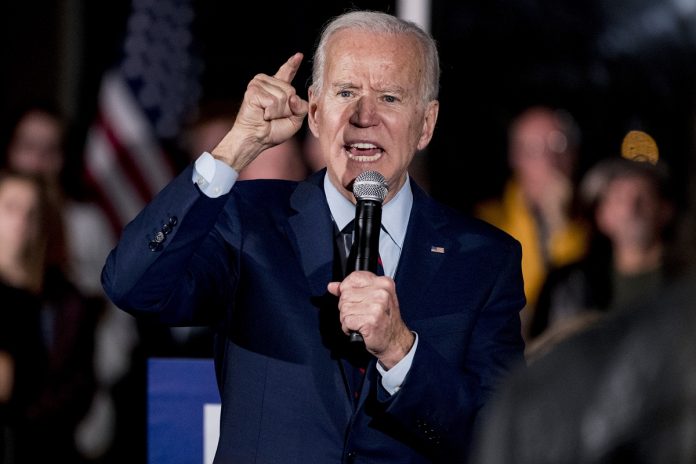 Former Vice President Joe Biden delivered a speech in New York City in which he labeled the deadly strike as the latest in a series of “dangerously incompetent” steps taken by Trump.

Vermont Sen. Bernie Sanders warned: “When you go around assassinating a government official, you unleash international anarchy and all the rules are gone. … I get very nervous about it. Not only for the potential loss of life in endless wars, but right now in this country, we have massive, massive domestic needs.”

And appearing on ABC’s The View, Massachusetts U.S. Sen. Elizabeth Warren said that the job of the president is to keep America safe and that Trump has “taken us in exactly the opposite direction.”

During his New York speech, Biden tied the U.S. drone strike directly to Trump’s decision to walk away from the nuclear agreement that the Obama administration and other nations struck with Iran in 2015.

“This was avoidable,” Biden said. “The seeds of these dangers were planted by Donald Trump himself on May 8, 2018 — the day he tore up the Iran nuclear deal, against the advice of his own top national security advisers.”

Trump has called the nuclear pact a “horrible, one-sided deal.”

The speech by Biden, who was in New York also to raise money, is the former vice president’s latest attempt to focus on Trump’s decision to kill Soleimani.

Biden has long framed himself as the Democratic candidate who is best-positioned to repair the international relationships his party believes the Trump administration has frayed. Biden spent years on the Senate Foreign Relations Committee before serving as an international point main during his eight years as President Barack Obama’s vice president.

Biden has said the Soleimani killing — and Trump’s behavior in its wake — are prime examples of the spur-of-the-moment decision-making he says is damaging the United States’ national security and standing in the world.

The Trump administration has said that Soleimani was planning an imminent attack on the U.S. “We saved a lot of lives by terminating his life,” Trump told reporters in the Oval Office on Tuesday afternoon.

But in his speech, Biden criticized what he said have been Trump’s limited explanations for the strike in the days since it was carried out.

“We have not heard a sober-minded explanation to reassure the American people about his decision and its consequences,” Biden said. “Not level-headed words meant to dial down tensions and take us off the path of conflict. No press conference or consultation with Congress. No, what we’ve heard so far from this president are tweets, threats and tantrums.”

Later, Biden spoke directly to Trump: “You have to speak directly to the American people. That’s your job, as president.”